Breakfast is the most important meal of the day, and two staff members at West Carleton Secondary School (WCSS) have teamed up to ensure no student goes hungry.

WCSS educational assistants Theresa Donnelly and Kim Smith volunteer to run the WCSS Breakfast Club every morning before the start of the school day to give every student the energy they need to get through their classes.

“Since [WCSS] is an early start school, some kids don’t have time to eat in the morning,” Smith told West Carleton Online. “This gives them the opportunity to have something rather than going throughout the day without anything in their systems, which makes it hard to learn.”

“If they’re thinking about what they’re wanting to eat or the fact they’re so hungry, they’re not going to be focusing on the lesson. It’s just going to hurt them that way,” Donnelly added.

An average of 120 students a day attend the club, and there are no limits to who is allowed to eat there.

“It’s open for everyone. You don’t have to sign up – you just have to show up,” said Donnelly.

A variety of students frequent the club, from those from lower income families to students who simply ran out of time to eat in the morning.

The club is funded through the efforts of the Breakfast Club of Canada, which uses charity events and monetary donations to feed young students nationwide. Smith uses the funds according to the organization’s food guidelines, providing a wide selection of foods such as apples, cereal, toast, fruit cups and milk to wash it all down.

Donnelly and Smith dedicate almost an hour each day to managing the club, and every hour is an act of volunteering.

“I asked to do it when I transferred to this school and then it got so busy that I needed extra help, so that’s when Ms. Donnelly came in to help me out,” Smith said. “I don’t mind it at all.”

The two maintain a positive atmosphere, putting on fun music and chatting with students as they eat.

“We’re lucky to be able to be in that room and get to know the kids,” Smith said.

The history of breakfast clubs in Canadian schools is a long one, starting in a single location in 1994 and expanding to the point of having 200,000 students participating at 1,598 schools.

“It just keeps on expanding and expanding, which is wonderful because everyone needs to eat,” Smith said.

“It’s a good place for them to come,” Donnelly said. “They know we’ll be there with a smile – and food.” 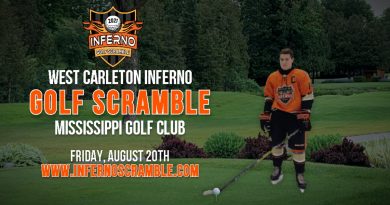