WEST CARLETON – The hottest Canada Day in history kept many at home, but those who ventured out, had a myriad of ways to celebrate 151.

There were no less than seven community events celebrating Canada’s cake day but organizers had to contend with a blistering, and record setting, 47 Celsius humidex value. Attendance numbers were down across the country. Parliament Hill had around 6,000 people attend the noon show, down from the estimated 25,000 the year before.

The day started early at the Carp Mess Hall for Coun. Chantiry’s annual seniors breakfast served by the Huntley Community Association. An estimated 200 came out for breakfast and to witness, for the first time since the June 7, all three levels of local representation speaking together at an event.

“It was so nice for all levels of government to be working together on Canada Day,” Coun. El-Chantiry told West Carleton Online. “Moving forward, it will be a breath of fresh air to have everyone working together.”

Coun. El-Chantiry had a busy day visiting all seven celebrations before settling in Dunrobin in the evening for fireworks.

The Diefenbunker Museum, which hosted a scavenger hunt in the bunker, Ray’s Reptiles and several other events, was completely booked. The, what mast have been a 20-degree temperature change, from outside to inside the blast tunnel was an inviting Canada Day proposition. The temperature change was so severe, the tunnel walls and floor were soaked with condensation.

This was Executive Director Christine McGuire’s first Diefenbunker Canada Day celebration in the position, but not at the Cold War Museum. McGuire was named to the top position two months ago, but worked at the museum 10 years ago as the education manager.

“We’re always trying to have family friendly, accessible events,” she said. “We’re 70 feet underground (22 metres) so one of the only cool Canada Day events in the region.”

Just down the road, the Carp Farmer’s Market celebrated with cake.

Pinhey’s Point, located on the beautiful Ottawa River, was as picturesque as it was hot. The historic, stone building did manage to repel some of the heat and visitors played games of a historic nature and had a picnic down by the river.

The Corkery Community Association started their event around 4 p.m. There were children’s games and crafts and musical entertainers Yaki, Hopeland, Cratur, Steve Stacey and fireworks to wrap it all up.

“This is our biggest event every year,” association President Katherine Woodward said. “I find it’s always busiest when Canada Day is on a week day.”

While many enjoyed the music, games and crafts, a good old sprinkler was a popular spot for Corkery area kids.

“People are starting to roll in,” association president Greg Patacaik said. “The Women’s Institute is hosting a bake sale to raise money for our special needs program, Heavenly Blue is performing, it’s all about country here.”

The West Carleton Dog Agility Group was also set to perform and Circus Delights brought their inflatables for the kids.

“The fireworks here are amazing,” event organizer Lorraine Madore said from behind the barbecue. “We get around 600 to 700 people. It takes a lot of effort to put this on, but it’s the community that does it. It becomes a great opportunity for everyone to meet everyone.”

And a great chance to meet the mayor as Mayor Jim Watson, El-Chantiry, McCrimmon and Fullerton all met at the Dunrobin Community Centre at 5 p.m. to cut another birthday cake (West Carleton Online was still in Corkery at this time).

By the time West Carleton Online made it to Constance Bay around 8 p.m., the West Carleton Royal Canadian Legion, Branch 616 crew were winding down from a late afternoon of karaoke and barbecue steaks. MP McCrimmon arrived soon after and a photo of the volunteers was taken to put a cap on a hot, sticky Canada Day. 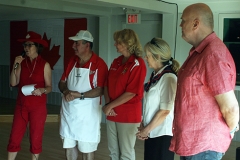 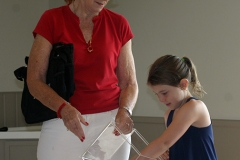 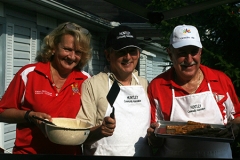 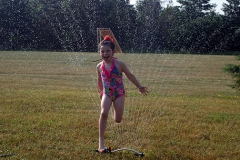 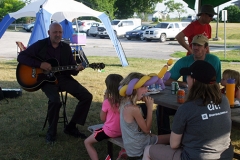 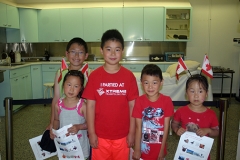 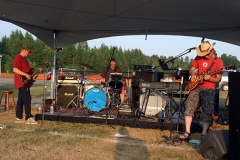 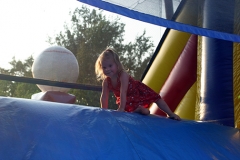 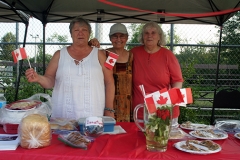 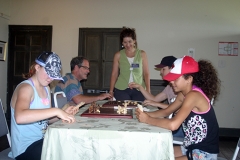 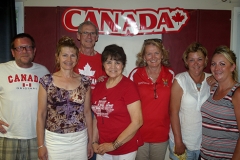 One thought on “Canada Day scorches”