OTTAWA – The city moved to secure $856,000 in provincial funding for main-street enhancements today.

The Finance and Economic Development committee approved a by-law authorizing the city to receive the funds, which would come from the Government of Ontario’s $26-million Main Street Revitalization Initiative. The initiative funds public realm enhancements in main street areas that improve energy efficiency, accessibility, aesthetics and the marketability of small businesses. The 10 projects earmarked across seven wards in Ottawa include public information displays, tourist kiosks, commemorative plaques and decorative elements. Ward 5 was not chosen for main street funding through this project.

Ottawa is seeing growth of knowledge-based companies and jobs due to the economic development work underway by Invest Ottawa, the committee was told. Mike Tremblay, President and CEO of Invest Ottawa, explained their strategy for business development through attracting companies to Ottawa, incubating new companies, and retaining and fostering talent. Mr. Tremblay highlighted a number of companies that have experienced recent growth and success in the Ottawa market.

Residents can see progress in the construction of all light-rail stations between Tunney’s Pasture and Blair. The committee received its monthly update on the Confederation Line, which included video footage showing an overhead view of the aboveground stations along the 12.5-kilometre rail line. The committee also heard that the project has generated almost $800 million in contracts for local suppliers. When complete, it will generate more than 3,200 person-years of employment in the trades.

The committee approved designating the space at 1221 Cyrville Road as a Municipal Capital Facility until June 30, 2023. The resulting property tax exemption would save the City more than $85,000 per year.

Items from today’s Finance and Economic Development committee will go to council on Wednesday, July 11. 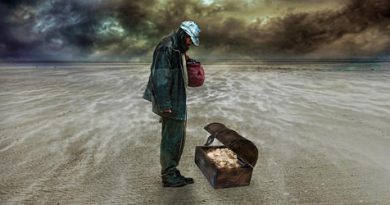