OTTAWA – Among so many other things, youth sports were more or less stopped in place by the COVID-19 pandemic.

While interruptions of course varied from one place to another (as well as between seasons), kids around Canada saw their activity significantly disrupted.

As evidence of a slow return for youth sports such as football in the post ‘WC football season to start end of June’ last month, things are beginning to get back to normal. While the pandemic has not ended, there is enough of a sense of control that sports at all levels are resuming various degrees of activity. With that said, youth sports are not yet in full swing, and it’s still worth considering what lasting changes the pandemic may have brought about — if any.

This is a conversation worth revisiting in a few more years, when we are (hopefully) completely beyond COVID-19, and have greater perspective on what it changed. In the meantime though, there are some changes to youth sports lifestyles and habits that appear likely to stick around.

One of the first changes we saw in youth sports early in the pandemic was a shift in social media engagement. In some cases this meant kids took to their favorite social channels to continue working on their skills. The LA Times noted back in September there were even NBA and WNBA athletes running social media clinics, and giving feedback to young players on their own skill work. In other cases meanwhile, we simply saw young athletes sharing their own material, comparing movies, taking on trends in skill work, and so on.

Whether or not these trends and practices endure will be fascinating to see. But with kids spending even more time online while unable to interact in person or play sports together, social media became a place to work on and share abilities. Skill work became a social trend.

Another side effect of young athletes spending more time online appears to have been the growth of platforms selling gear, apparel, and collectibles online and through social media. By no means is it new for kids to be able to shop for sports-related items online. But with Internet activity and social media engagement spiking during the pandemic, we saw multiple platforms presenting exciting models and boasting of new growth.

To some extent this was visible in the same giant companies you might expect. Nike and Footlocker, for instance, have steadily expanded their social and online influence through things like Nike’s SNKRS app. However, newer and smaller platforms also made gains.

Maybe the most interesting was SoleSavvy — not an entirely new site, but one that was ideally positioned for engagement during the pandemic. It’s a company that bills itself as a sneaker community rather than just a store, and which gives kids and grown sneaker enthusiasts alike the chance to compare notes, track down gear, and even exchange gear online. Meanwhile, some more established services made headway as well. With a ramped-up social media operation for instance, Hat Club reported triple-digit growth in engagement and social following in the past two years.

This may all have little bearing on how students are actually playing sports. But gear and apparel have always been part of the culture in youth sports, and the pandemic appears to have turned access to these things into something of a social experience.

Getting in to how youth sports will actually be conducted in the waning months of the pandemic and in its aftermath, one interesting idea that has come up is things will be more localized. Already, across a range of sports and in multiple age groups, one of the early solutions to pandemic-era sports has been cutting back on travel. Fewer major tournaments are being held and more teams are competing within their communities as a means of minimizing movement and disease spread potential.

It may be this is a brief trend that will disappear with the virus. And to be sure, some youth teams and leagues are already getting back into fairly demanding schedules. But the consolidation of activity in communities, where it’s happening, may actually have benefits beyond pandemic precaution as well. An interesting piece at USA Today linked it to the “professionalization” of youth sports. Essentially, recent years (and decades really) have seen more and more money pumped into kids’ sports, and more and more demanding schedules for children. Cutting back on travel and making youth sports more local could help to reverse these trends in ways that most would agree will be healthy for children.

Loosely related to the idea of more localized leagues and events, it may also be the pandemic will have done away with some of the extreme specialization we see in youth sports. This is a concept that became a major talking point a couple years ago following the publication of the book Range by David Epstein, which effectively flips the notion of specialty skills on its head. In an argument largely revolving around sports and athlete development, Epstein conveys young athletes actually find greater success by “sampling” multiple sports rather than honing in on one relentlessly.

Now, one could see this going either way in light of COVID-19. There’s an argument to be made, for instance, with a little less overall sports activity going on there may be less incentive to “sample” and more to focus on a single sport. The counterargument, however, is that specialization in youth sports tends to involve a great deal of travel and dedication. With more localized and consolidated sports activity, it may be there are fewer opportunities to exhaust one option, leading young athletes to explore a range of activities they have easy access to.

It’ll be interesting to see which if any of these changes hold up in the coming months and years. Even a general return to normal in society may involve some lasting shifts in how we do certain things. 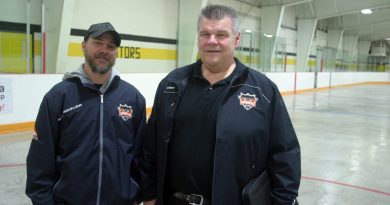 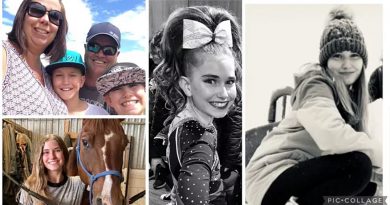