“As today’s Throne Speech reminded us, a clear majority of Canadians voted for the environment,” the WWF released in a statement yesterday. “Now Prime Minister Trudeau’s minority government is promising bold action on both climate change and biodiversity loss.”

The speech included many encouraging signals and commitments. Critically, each of these commitments must be based on a combination of Indigenous knowledge and scientific analysis, and ultimately through a broader effort to advance Indigenous leadership and stewardship through reconciliation.

“The government’s intention to reach “net-zero” emissions by 2050 is welcome. However, Canada is currently on track to miss our 2030 targets by 15 per cent,” the WWF said. “And those targets must be increased if we want to keep global warming below the 1.5-degree threshold.”

“As the Governor General said in today’s Throne Speech, ‘Canada’s children and grandchildren will judge this generation by our action, or inaction,’” WWF-Canada President and CEO Megan Leslie said. “The new government has announced some ambitious nature-based solutions to the climate crisis and biodiversity loss—but promises only matter if they are kept. WWF-Canada is willing to help the government get there.”

A clear commitment to protection of 25 per cent of land and oceans by 2025 is a strong reinforcement of the priority given toward making meaningful gains in the conservation of wildlife and nature. This ambition must be met with habitat protections that are effective, hold a high standard, and are networked.

“The new government has announced some ambitious goals for greenhouse gas reductions, protected areas and the intent to plant two billion trees,” senior vice president and chief conservation officer Mary MacDonald, Senior Vice President and Chief Conservation Officer said.  “But these commitments must be met through the right protections in the right places and with the right mix of trees and groundcover to ensure the well-being of wildlife, habitat and communities throughout this country. To be most effective, tree planting should be done where they will have the greatest positive impact on habitat and pulling carbon from the atmosphere. This must also include long-term stewardship.”

As the WWF’s Wildlife Protection Assessment shows, the forests, wetlands and grasslands the government should focus on to reach that 25 per cent target are those that will safeguard the most at-risk species and store the most carbon.

WWF-Canada creates solutions to the environmental challenges that matter most for Canadians. We work in places that are unique and ecologically important, so that nature, wildlife and people thrive together. Because we are all wildlife. For more information, visit wwf.ca. 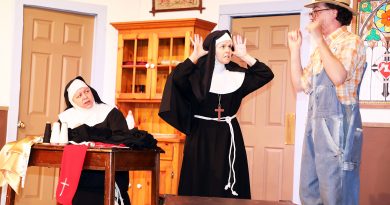