WEST CARLETON – The West Carleton Wolverines’ season came to an official end earlier this week, and now the team is gauging interest in a summer training camp under the province’s return to sport COVID-19 guidelines.

“The Wolverines are conducting a short two-question survey to gauge interest in a return to play camp to help get our kids back on the field,” the football club released in a statement today.

All activities will be strictly monitored to adhere to the safety protocols of the City of Ottawa/Province of Ontario as well as Ontario Football and Football Canada Return to Play Guidelines.

The program would involve two nights per week (Tuesday and Thursday) at the Kinburn Community Centre, 6:30 – 7:30 p.m.

Each session will be approximately one to 1.5 hrs.  It will start at an hour per session and lengthen sessions if permitted as camp goes on.

The focus will be non-contact football drills and skills, combined with a Flag Football introduction element. There is the possibility of flag football games but not at this time.

The cost will total $150 – $35 will cover the Ontario Football Alliance Insurance fee and $115 Wolverines Camp Registration fee.  All participants will require their OFA fee to be paid prior to attending any sessions.

Camp would start the last week of August and run for seven weeks until Thanksgiving weekend. Approximately 14 sessions.

Given the uncertainty of the current environment as well as return to school considerations the Wolverines will offer refunds based on the policy below:

“In the event of program cancellation, we will retroactively refund every participant still enrolled in the program,” the Wolverines said. “The following questions are being asked to simply get an idea of program interest based on the above information.”

If you would like to help the West Carleton football club and take the survey, click here. 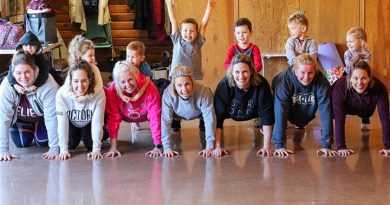