OTTAWA – While city water remains safe, well water may be contaminated by the rising flood water.

Drinking water supplied by the City of Ottawa remains safe to use despite continued high water levels and flows. All city water treatment plants are functioning properly.

“Private well owners are advised that well water may be contaminated with bacteria, viruses, or other micro-organisms and may not be safe to drink if flood waters have reached the level of the well head, or covered the well head,” city staff released in a statement today (May 1). “Affected private well owners will have to wait until the floodwaters have receded before testing water from their wells for bacteria.”

Residents who have private wells affected by flooding are advised:

The city is opening a drive-through Commodity Distribution Point to provide drinking water and hand sanitizer to residents whose private wells are affected by flooding. Impacted residents may pick up water at Ottawa Fire Station 63 at 341 Bayview Dr., between 12 p.m. and 7 p.m. daily beginning on Tuesday, April 30.

Self-service drinking water for residents whose private wells are affected by flooding are also available 24/7 at:

For more information on city programs and services, visit ottawa.ca or call 3-1-1 (TTY: 613-580-2401). You can also connect with us through Facebook, Twitter andInstagram. 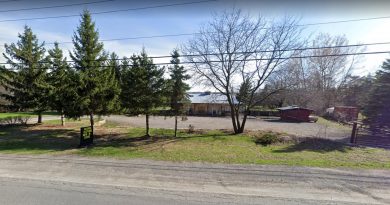