His mom had to “blow off” a meeting to drive her son to the Kanata school.

“He stood outside for 20 minutes, came inside and said, ‘I don’t think it’s coming’,” mom Laurie Chauvin told West Carleton Online later that afternoon. “We didn’t receive a cancellation email.”

It’s another straw for Laurie who, like several West Carleton parents, has been extremely challenged by the back-to-school plan instituted by the province and school boards as Ontario attempts to return to some sort of functional normal in the age of COVID-19.

Like many parents in 2020, Chuavin works for a living.

On Monday, Chauvin knew her son’s bus was cancelled. As a high school student, Ty will only attend school every second day. On Wednesday, Chauvin learned her son’s route was permanently cancelled. Eventually.

Before school started, Chauvin received an email from the Ottawa Student Transportation Authority (OSTA) informing her Ty would be taking OC Transpo to school.

“Being me, I sent them an email asking them if they could direct us to the nearest bus stop,” she said. “They replied back and said that was a mistake. He’s assigned to be on a bus. Still is according to their website.”

Laurie called the school, the transportation operator, the Ottawa Catholic School Board, the OSTA, the Member of Provincial Parliament, everyone she could think of.

“I was told there were less than a handful of students on that route,” she said. “Great, but that handful still needs to get to school. I’ve called everybody. The school asked if he could get a drive from a friend. We live in the middle of nowhere.”

This year’s school year has been a huge frustration for the Chauvin family. Laurie and her husband Luc felt they were forced in to sending Ty back to school this fall. Due to very limited Internet service, at-home learning online just was not feasible for her family and many others in rural West Carleton – rural Ontario for that matter.

Now that they made the difficult choice to send their son to high school (their daughter Alissa attends Algonquin College), they have no way to get him there. Tomorrow (Sept. 18) Luc has the morning off and can drive him, but at the time West Carleton Online spoke to Laurie, they didn’t have a plan to pick him up.

“You decide to send your kid to school and they can’t get to school,” she said. “Next week we’ll deal with next week. It’s frustrating.”

Chauvin says it’s about a 25-minute drive one way from home to school. Yesterday she added a Timmy’s run which made it about an hour drive.

For all her phone calls, Laurie received little help.

“There’s nothing they can do,” she said. “I totally understand there’s a shortage of drivers, but what have you been doing since March? This wasn’t a surprise.”

Laurie says carpooling isn’t really an option because the only friend of Ty’s that could drive and is in the same cohort, lives about 20 minutes away. Almost the same distance away as the school.

She is considering enrolling him in online learning, but told there’s a wait list.

“Why are virtual classes capped?” Laurie asks. “Without a bus, and with our Internet, we are setting him up to fail.”

So far, the school year is not looking great.

“There’s no answers, that’s the thing,” Laurie said. “He’s going to fall behind in school because he can’t get there or because he’s taking virtual school. That’s where I am at. I don’t know. We knew this was coming. School was eventually going to start.” 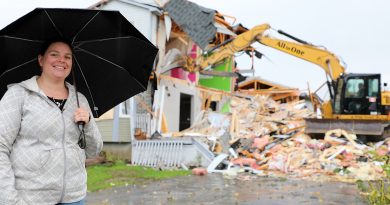 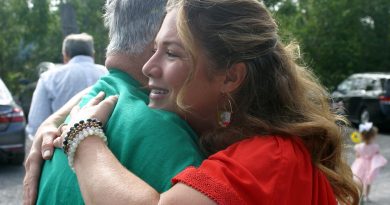