WEST CARLETON – Football season is over in West Carleton as the hockey regular season heads out of fall and in to winter.

The West Carleton Wolverines Football Club season wrapped up Oct. 26 for the peewee club. The Wolverines finished the regular season with a 4-4 record and opened the National Capital Amateur Football Association (NCAFA) playoffs with a tough road game against the Nepean Eagles (7-1) on Oct. 19 at Quinns Point Field. The Wolverines were unable to get the offence going and lost 44-6.

The Wolverines were relegated to the B side of the playoffs and played their final game of the season Saturday, Oct. 26. The team was back at Quinns Point against the tough Cornwall Wildcats (4-4). The Wolverines battled hard but came up short losing 41-26.

The tyke Wolverines opened their quarterfinal playoff game against the Cornwall Wildcats 1 at Joe St-Denis field in Cornwall and came up against an offence that was humming. The Wolverines would lose 60-6.

It was a big night for Alex Hulford who had two goals and five points. Hulford is third in league scoring with 15 points in five games. Basem Awwad had two goals and two assists while Blake Forslund added four assists. Ryan Lough had a hat trick and team owner and Galetta resident Adrian Moyes added three assists.

The Rivermen are now on top of the four-team EOSHL standings with a record of 4-0-1. The team leads the league in goals for (50) and goals against (23).

The Rivermen are at home at the Kinburn Cavanagh Sensplex Friday, Nov. 1 at 8:30 p.m. against the second-place team the Cornwall Prowlers (4-0-1). It’s going to be a monster mash.

“Join us for Hallowe’en 2.0,” Moyes said. “Two teams battle for first place in the Eastern Ontario Senior Hockey League. All kids dressed in their costumes will get free entry and a candy treat as long as they are accompanied by a paying adult. First intermission costume contest to be judged by the Rivermen’s captain David Nelson. Winner will receive a special candy prize. Also don’t forget our Ian Moyes sales representative – Royal LePage Team Realty jackpot chuck-a-puck was not won last week and the jackpot is now up to $255.50. So, come out and try your luck at that.”

The West Carleton Inferno are mired in a four-game losing skid in the National Capital Junior Hockey League (NCJHL). The team is fourth in the West Division with a 2-7 record, four points ahead of the Morrisburg Lions.

On Saturday, Oct. 26 the Inferno were shut out 4-0 by the Bytown Royals in Carp. The Inferno battled hard four 40 minutes keeping the game to one goal. But the Royals were able to score three in the final frame to cement the win. Inferno forward Andrew Hudson dropped the gloves with the Royals Mathieu O’Toole.

Carp’s Corey Symington, 21, leads the Inferno in scoring so far this season with three goals and seven points in nine games. He leads the team in penalty minutes as well with 59, including a 30-minute effort against St. Isidore on Oct. 6.

Dunrobin defenceman Rob McCoy, 20, is second on the team with two goals and six points.

This weekend the Inferno kick off a home and away series with the Morrisburg Lions starting Saturday night (Nov. 2) in Carp at 8:10 p.m. before heading to Morrisburg for an afternoon tilt on Sunday. This is a crucial series for the Inferno as it looks to put some space between itself and the last place team in the West. 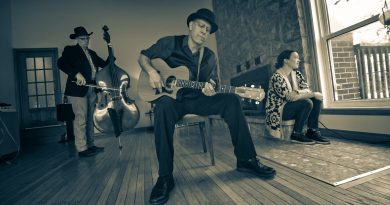