WEST CARLETON – Add another month on to the March Break. At least.

West Carleton schools have been closed since March 16 due to the COVID-19 pandemic and today (March 31) the Ontario government announced they will remain closed until May 4 at the earliest.

Publicly funded schools will remain closed until May 1 for teachers and May 4 for students, Premier Doug Ford confirmed at a news conference today (March 31), adding he is prepared to extend the closures even further if the province’s chief medical officer of health advises him to.

Private schools, licensed childcare centres and EarlyON programs will also remain closed for at least another two weeks, according to the province’s emergency declaration, which only allows closures to be extended for 14 days at a time.

“We know from the medical experts that the next two weeks will be critical in the fight against COVID-19 and that’s why we’re taking further action to keep our kids safe and healthy by having them stay home,” Ford said.

Ontario Education Minister Stephen Lecce announced a new “teacher-led” program to keep students learning while at home. Lecce also said teachers will be issuing final grades and report cards, meaning work completed at home will be graded. Whether or not the school year will extend into the summer has yet to be determined, he said.

Lecce said the plans will incorporate online learning, but where that is not possible, telephone calls and mail-out packages will be used.

For now, students will continue to complete credits, and “no student will have their graduation compromised by COVID-19,” the government said in a news release.

As part of what Lecce called the “second phase of Learn at Home,” students will reconnect with their teachers and school staff, including mental health workers.

The program will also involve training educators to better enable them to teach online, and could see schools distribute laptops or other devices to students who need them, Lecce said.

“By providing clarity for parents, enhancing support for students and enabling the teacher-student relationship, we are ensuring our children continue to safely learn — providing some sense of stability and hope for them amid this difficulty,” Lecce said.

Students throughout Ontario have been out of class since March 14, after Lecce issued a ministerial order to keep publicly funded schools closed for two additional weeks after March Break as concerns mounted about the threat of COVID-19. Private schools were also closed a few days later.

Schools were initially set to reopen on April 6, but both Ford and Lecce have decided the closures would need to be prolonged as the number of COVID-19 cases in Ontario continues to increase.

The government has formed a working group with the province’s education sector unions to look at options for continued learning until the pandemic abates. 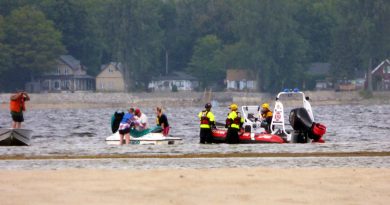 OFS Water Rescue kept busy this weekend including in the Bay 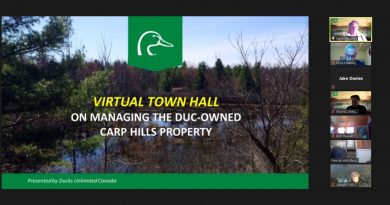