It’s 15 per cent increase over Monday (March 30). The 1,966 cases in Ontario include 33 deaths and 534 that are resolved, which is a combination of those who have recovered, and cases not listed as hospitalized.

The number of people awaiting test results continues to drop – to 4,280 today – as Ontario adds more testing capacity and clears a backlog that was once nearly 11,000.

About 11 per cent of people confirmed to have COVID-19 in Ontario have been hospitalized.

Ontario’s associate chief medical officer of health said that as of Monday afternoon, 100 people in intensive care units were confirmed to have COVID-19 and 61 of them were on ventilators.

Ottawa Public Health reported 130 positive COVID-19 cases in the city on Monday (March 30), with 21 of those in hospital and six in intensive care.

OTTAWA – Mayor Jim Watson says the city is looking at tens-of-millions of dollars lost as people stay home and the local economy shuts down.

The City of Ottawa is looking at tens-of-millions of dollars lost, as residents continue to stay home during the COVID-19 pandemic.

“We’re losing about $1 million a week on transit revenue,” Watson said in an earlier interview today (March 31). “We had to cancel every single recreation program, so that’s another million. Then obviously, people are not able to get building permits and that’s slowing down that part of the economy.”

Ottawa’s tourism industry, a $1.4-billion industry annually, is also taking a massive hit with the cancellation of events like Ottawa Race Weekend. Watson said he’s still waiting, as many residents are, to hear about Ottawa Bluesfest, which he described as being in a “holding pattern.”

Organizers of that event are waiting to see how the pandemic develops over the next couple of months before making any major decisions on the future of this year’s music festival.

With all of that said, the mayor added that the city is not penny-pinching right now.

Watson explained city council usually starts its budget process in September, so they do have some “breathing space” to figure things out from a financial perspective.

He said the city does have healthy reserve funds, but those are for specific areas.

RENFREW COUNTY – The County of Renfrew has declared a state of emergency.

At 2 p.m. yesterday (March 30), county warden Debbie Robinson declared a state of emergency due to the global COVID-19 pandemic.

The county will work with local municipalities and the Renfrew County and District Health Unit to ensure all measures are being taken to protect residents, staff and visitors during this difficult time, Robinson said.

Robinson says her declaration of an emergency allows the county to enact measures, make key decisions and access future funding from the province. She adds this will also further assist the county in maintaining essential services and addressing the increasing threat of the COVID-19 outbreak in an effective manner.

The declaration also evokes the County of Renfrew Emergency Response Plan and its Emergency Operations Centre. The warden acknowledged the “hard work done by so many to this point however based on current information residents need to be vigilant.”

Robinson is asking residents to stay home and follow directions from the health unit, provincial and federal governments. She adds that residents should continue to be vigilant about their safety and of those around them.

“Rapidly changing conditions in relation to this pandemic continue to pose a threat to the healthcare system and with two long-term care homes under county management the County of Renfrew is taking all necessary measures to protect our communities’ most vulnerable members,” Robinson said.

The Province of Ontario and many eastern Ontario municipalities have also issued states of emergency. For safety, all residents should stay at home, monitor their health conditions, and check for updated messages, exercise caution and social distancing.

Until further notice County of Renfrew Buildings will not be allowing public walk-in access, services are continuing to be provided. We are asking the public to conduct their communications with us via telephone, or by email.

RENFREW COUNTY – Staff at long-term care homes in Renfrew County and across Ontario are being told to limit the number of different workplaces during the COVID-19 pandemic. Under a provincial COVID-19 directive from the medical officer of health it states employers should limit the number of different work locations to minimize the risk to patients and exposure to COVID-19.

The County of Renfrew says staff at Bonnechere Manor in Renfrew and Miramichi Lodge in Pembroke were initially on a rotational scheduled, however on Friday (March 27) they were recalled to work. Should staff at either long-term care home decline to work they will be placed on an indefinite unpaid leave of absence. 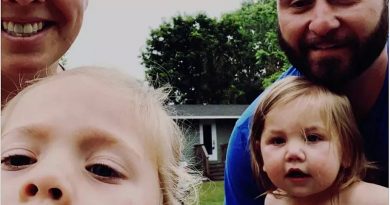 Mill of Kintail decorated for the season 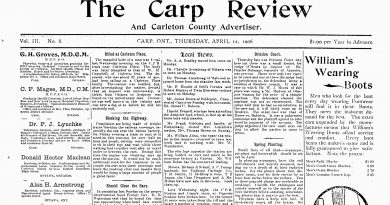