One person determined to attend the service in person was World War Two veteran Dr. Roland ‘Roly’ Armitage, a longtime Dunrobin resident in his 96th year who was part of the D-Day invasion and Operation Overlord landing on the beaches of Normandy in 1944 (to read Armitage’s story, as told to us by him, click here, but please be advised graphic descriptions are contained within).

“You can’t stop people from coming,” Armitage told West Carleton Online before the ceremony got underway.

Armitage doesn’t miss too many events commemorating veterans and the incredible achievements of the allies during World War Two, but he rarely speaks of his own experiences anymore.

“Anyone who asks me what it was like, it wasn’t like the goddamn movies, I don’t like talking about it,” Armitage said. “I tell people I got my feet wet, and I wasn’t welcome. If we want to end war, we need to do more talking. Not everyone in Germany wanted the war either.”

Armitage says despite the challenging memories the day elicits it is important to him to be there.

“I’m glad to be out,” Armitage, who was kept home last year in the early days of the COVID-19 pandemic, said. “Fundamentally, I feel like I’m 70.”

West Carleton War Memorial committee member Peter Maddocks started the service promptly at 10:50 a.m. on the 11th day of the 11th month. At 11 a.m. a small number of dignitaries were able to lay wreaths at the exact time, the Canada Flag, at half-mast, flickers in the sun across the names written on the memorial plaque of West Carleton residents who gave their life in the fight for freedom.

“I know I’m not alone in expressing my regret we are not able to all gather together,” Maddocks said. “COVID has been a battle for all of us.”

In pre-COVID times, the West Carleton War Memorial was quickly becoming a popular Remembrance Day service, with more than 3,000 people attending in 2019.

“This soldier speaks to me,” Park said of the statue of a soldier writing a letter home. “He is not engaged in a familiar warrior pose. He’s connected to home and community, writing a letter to his family.”

The Act of Remembrance was given by Lt. Col. Robert Mead and Master WO Dominic Poitras. The two soldiers were joined by Coun. Eli El-Chantiry, MPP Dr. Merrilee Fullerton, Ottawa Police Services Const. Tim Hodgins, Ottawa Fire Services District 6 Chief Bill Bell and Joanne Sass-Williams on behalf of MP Jenna Sudds as those who laid wreaths during the service.

The service was wrapped up with a prayer from St. Paul’s United Church Rev. Debbie Roi.

“Peace will never come from the barrel of a gun, but from the depth of our hearts,” she said.

“It’s our profound hope, next year we will be able to welcome you all back for a very special Remembrance Day,” Maddocks said.

War memorial committee member and event organizer Stuart Hodge was pleased with the number of those who were able to come out and was especially pleased to see Armitage in attendance.

“It’s great to see him out,” Hodge told West Carleton Online following the service. “He was a great force for this memorial.”

Hodge says Armitage was integral to the creation of the 2016 West Carleton War Memorial and is credited with obtaining the artillery piece at the western end of the memorial set up exactly “how he would shoot it.”

“I remember when he told me he could get us a gun, I thought he was talking about for our statue of the soldier,” Hodge said. “We were looking for a .303, but of the Canadian variant. He got us a howitzer. It’s great to see people out. We hoped people would come out and pay their respect.”

One of the last to lay a wreath, doing so after the official ceremony ended, was West Carleton War Memorial architect Malcolm Wildeboer well known for designing several buildings in the Carp area.

The site of the West Carleton War Memorial is a kidney-shaped piece of property at the foot of Falldown Lane where it meets Donald B. Munro Drive.

Wildeboer says it is his favourite work to date and is filled with special meaning and themes.

“It’s so meaningful,” Wildeboer told West Carleton Online. “There are so many layers people don’t even know.”

The War Memorial itself portrays a journey of remembrance. On this path of remembrance, first there is the howitzer field artillery piece painted bronze, a memory of war. Moving along the site, the old well is passed before the paved war memorial area is reached featuring a life-sized bronze soldier reading a letter from home while sitting on and among broken pieces of concrete at the end of a gently curving wall. The polished granite memorial engraved with the names of West Carleton’s war dead is in front of this wall.

Having the life-sized soldier reading a letter from home shows the connection of the soldier to family and loved ones.

“We wanted the soldier to be sitting in the ruins,” Wildeboer said. “It was important for there to be a space for people to sit beside the solder and see his perspective. I think Rev. Park really nailed it with his comments about community and home.”

The shadow from the flag at half-mast flutters across the names on the memorial plaque at the 11th hour, of the 11th day of the 11th month.

“Number 11 is throughout the project,” Wildeboer pointed out.

In the stones that make up the floor of the memorial are several black stones that, in morse code, spell out ‘Lest we Forget’ in both official languages. Brackets made to hold benches that line the wall were made in the exact style they would have during World War Two – with aluminum and rivets.

Wildeboer says, although he and the West Carleton War Memorial committee designed the project, it was a total community effort to get the roughly $500,000 project done in 2016.

“I was the guy that approached the community looking for donations,” Wildeboer said. “I would meet people with the ask and there was never a no.” 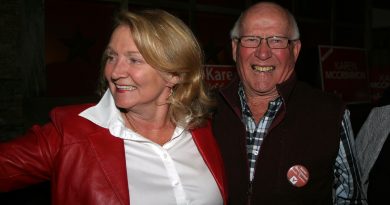 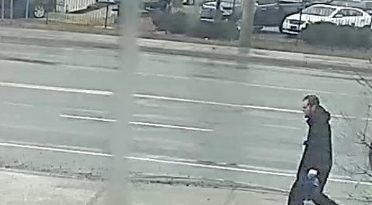