WOODLAWN – A plea from a West Carleton nurse working on the COVID-19 frontlines, was answered with a flurry of sewing support as hundreds of scrub caps were made to equip those dealing with the pandemic face-to-face.

Just two weeks ago, Woodlawn resident and Queensway Carleton Hospital nurse Tracey Zoobkoff told West Carleton Online about some of the needs of her colleagues as they battle to provide health care in the face of the coronavirus.

Sunday night (April 19) Zoobkoff called West Carleton Online on her way home from work in the Mother Baby Unit to update us on the situation. She was humbled.

“I’m overwhelmed by the generosity of the community,” Zoobkoff said. “Not even just our community. We received scrub hats from all over. It’s amazing. I can’t thank everyone enough.”

Although along with this public thanks Zoobkoff and her colleagues will be personally thanking those who have helped.

In just under two weeks, Zoobkoff received around 175 handmade scrub hats with more still coming in.

“We have 80 nurses on our floor,” she said. “Like we discussed, every nurse needs about three or four hats each to allow for washing in between shifts.”

When our original story was first published on April 6, it was widely shared all over West Carleton and beyond through social media in just a couple hours.

Constance Bay’s Janet McKeen-Peterkin was one sewing volunteer who contacted West Carleton Online soon after the story was published. It turned out, McKeen-Peterkin didn’t even see our story – someone else contacted her and gave her our contact information.

She contacted West Carleton Online a few times during the week. Once with a bit of frustration after making one cap too small, and the second cap too large. Last Friday (April 17), West Carleton Online drove out to McKeen-Peterkin’s house to pick up 14 brand new scrub caps for donation.

“I have this overwhelming amount of fabric and I wanted it to go to good use,” McKeen-Peterkin said of why she took on the volunteer project. “Once I got started with the right size, I could do it as an assembly line. I got it down to roughly a half-hour a cap. There’s a process.”

This isn’t the first COVID-19-inspired project McKeen-Peterkin has taken on during this period of physical distancing.

“I’ve made a lot of masks for friends and family,” she said. “I don’t want to sit around. You feel like a dog. All you do is look out the window and eat.”

Like those hardworking sewers, Zoobkoff says the hospital “is very, very busy,” and all of the caps have gone to good use.

“We’re using them in our unit, we’re sharing with the surgery unit, housekeeping, the surgeons have been using them,” Zoobkoff said.

It has given QCH staff something to look forward to before putting in an exhausting shift doing their part in the fight against COVID-19.

“They’ve all been very nice,” Zoobkoff said of the quality. “Different styles, different colours, it’s been fun. It’s like putting a bag of candy on the table. It has really brightened everyone’s day.”

Zoobkoff says the support has been so great, there is no current need for scrub caps at the moment. Although she isn’t ruling out future help for caps or whatever else the frontline workers need.

“I just can’t believe the donations and how generous the community has been,” she said. “We really appreciate it. We live in a wonderful community. A lot of talented, generous people.” 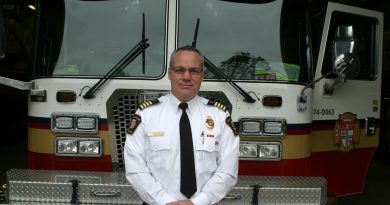 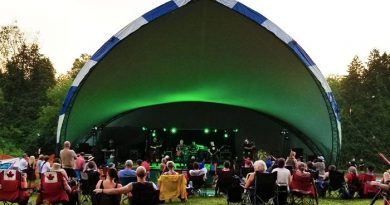