The city’s Planning committee is turning its focus to 15-minute neighbourhoods, one of the goals of the new Official Plan released earlier this year.

“The city’s Planning committee today (Dec. 6) received a report on the state of 15-minute neighbourhoods in Ottawa, establishing baseline scoring for properties across the city,” city staff released in a statement following the committee’s regular meeting. “The new Official Plan introduced the concept of 15-minute neighbourhoods, where people can live viably without a car because daily needs are located within a 15-minute walk of home.”

The report is based on a list of nine amenities that should be within a 15-minute walk of any residential property inside the urban boundary, as well as within rural villages. The list includes grocery stores, parks, retail stores, bus stops, LRT stations, health services, recreational facilities, schools, and childcare facilities.

Politicians and community organizations have been researching the Village of Carp as a possible 15-minute neighbourhood. Carp hurts in the scoring category of identified services and amenities as number one on the list is grocery stores and supermarkets. It also scores low on public transportation access.

“The access to services and amenities maps demonstrates high scores in central neighbourhoods, such as the downtown and inner urban transects as well as in some suburban areas, and within a few village cores,” the report reads. “There are relatively low scores in specific areas of the inner urban transect, but more widespread gaps in the proximity to services and amenities in areas of the outer urban and suburban transects, as well as in many of Ottawa’s rural villages.”

The report has a special section on rural implications.

“Villages are included within the study and will form part of continued work for improvements in the components of 15-minute neighbourhoods, through applicable six programs and plans,” the report reads. “Further work will need to be contextual, recognizing that there are a variety of village sizes that have different roles in providing daily and weekly services to rural residents.”

The report includes a simplified map that distils scoring to three categories. High-access areas are those with between seven and nine items from that list. Moderate-access areas have four to six items and low-access areas have one to three. According to the maps marking grocery stores, there is not one in any of West Carleton’s villages.

“By establishing baseline scores, the city will be better able to evaluate how these neighbourhoods evolve in the future and how the city might encourage that evolution,” staff said. “Mapping will also help identify where new housing might be served by existing amenities and where there is opportunity for additional services to grow and thrive.”

“While screening would be required, the amendment would eliminate the minimum separation required between a patio and a residential zone, offering more flexibility for potential patio operators,” staff said.

The city introduced these measures on a temporary basis in 2020, to make it easier for businesses to earn extra revenue during the COVID-19 pandemic.

“The amendment approved today would make the changes permanent, in part to further encourage more of the types of businesses that will foster 15-minute neighbourhoods across Ottawa,” staff said.

The committee also received the annual development report for 2020, which tracks a variety of demographic information. Ottawa’s employment record did show signs of weakening, although COVID-19 likely played a significant role.

“Despite the pandemic, there were positive indicators as well with Ottawa seeing a 1.6-per-cent increase in number of households,” staff said. “To accommodate a growing population, Ottawa also had 9,239 new housing starts in 2020, which is a 30.7-per-cent increase over the previous year.”

Ottawa has continued to achieve intensification targets as well. While the Official Plan target is 40 per cent, more than 57 per cent of housing growth was achieved through intensification in 2020, making the four-year average 52 per cent.

Recommendations from today’s meeting will rise to council on Wednesday, Dec. 8. 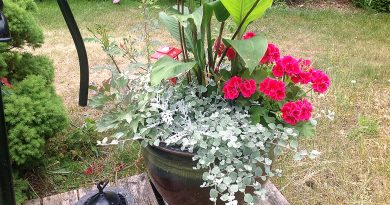