WEST CARLETON – One of West Carleton’s most knowledgeable historians, Terence Currie (1939-2019) passed away yesterday (June 27) at 80.

Currie was the president of the Fitzroy Township Historical Society and had recently agreed to be West Carleton Online’s first local history columnist. Unfortunately Currie was only able to write one column for us on the importance of the milkman in West Carleton’s booming cheese industry before falling ill.

“Terry had a life-long passion for telling the story of the people of the Ottawa Valley,” his family wrote in Currie’s obituary. “He was awarded the Canada 125 medal for his history of St. Peter Celestine’s Church in Pakenham, Rock of Faith. He earned his M.A. in history from the University of Ottawa in 2005; the result of his studies was the book The Ottawa Valley’s Great Fire of 1870. Terry became a regular member of the Fitzroy Township Historical Society, serving as president and past president. He often gave tours of St. Peter Celestine’s.”

Currie also loved sports and was a coach of Almonte District High School’s Thunderbolts football team. It was during this reign, Coach Currie led the team to several Renfrew-Lanark Football League championships, an undefeated season and several provincial championships.

Born in British Columbia, Currie made the Ottawa Valley his home.

“He graduated from SS#3, a one-room schoolhouse on the Third Line, to attend Arnprior District High School, and from there to St. Patrick’s College in Ottawa,” his son Bill wrote. “He began his career teaching in Chesley, Ontario, but soon returned to the Valley to teach French at Almonte District High School. There he made life-long friends, and had many happy years teaching and enthusiastically coaching football.”

His retirement from teaching did not end his coaching career as Currie continued to lead the Thunderbolts and spent some time coaching the ADHS Redmen and the West Carleton Wolverines.

Currie helped found Almonte Celtfest and the Almonte Alumni to support the school.

“Always full of life, Terry loved to dance, especially Ottawa Valley square dancing, and was an inveterate traveler who was always planning his next trip,” his family wrote. “It is with deep sadness that we announce the passing of Terry, peacefully, in Orchard View by the Mississippi in Almonte. Son of the late Ned and Doris (née Hutchison) Currie, predeceased by his darling wife, Shirley (née Jones). He will be greatly missed by his brother Pat (Joan) and sister Jean, as well as his sons Bill (Rosina) and Dan (Aamina), and daughters Maureen (Dave) and Michelle (Alejandro), and his grandchildren, who all made him proud. Sadly, missed by his companion, Lucille Hillier-Kean, as well as his nephews and niece, and his many friends and neighbours.” 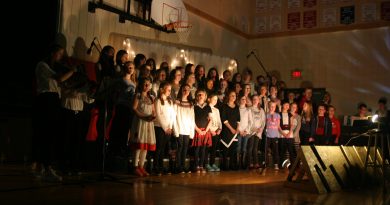 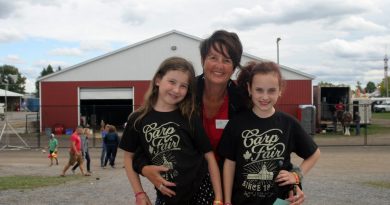