STITTSVILLE – The Ottawa Police Service Drug Unit executed a search warrant at a home in the 400 block of Country Glen Way in Stittsville, on the morning of Dec 4, leading to the seizure of two loaded handguns, a quantity of cocaine and cash and the arrest of two men.
Si Hoan Nguyen, 32-years-old and Si Duong Nguyen, 28-years-old both from Ottawa, are facing several charges related to firearms, drug possession and trafficking.
Items seized include a load Hi Point CF .380 handgun and Browning 9mm handgun, five rounds of .380 ammunition, more than 360 rounds of 9mm ammunition, cocaine, crack cocaine, an unknown powder (to be tested), a 2017 Lexus IS 300 motor vehicle, Canadian currency, and a money counting machine.
Both Nguyens will be in show cause court today (Dec. 5).
Anyone with information regarding drug complaints can report to the Ottawa Police Service at 613-236-1222, ext. 7300. Anonymous tips can be submitted by calling Crime Stoppers toll-free at 1-800-222-8477 (TIPS), or by downloading the Ottawa Police app. 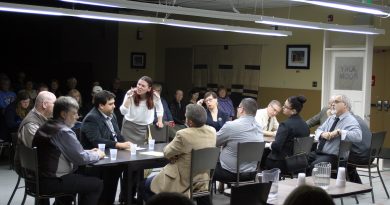