Carp’s Will Smith and River Laflamme, friends with a passion for cycling, have signed up for The Great Cycle Challenge Canada, a fundraiser in support of the SickKids Foundation.

The Great Cycle Challenge Canada works by participants setting a personal ride target to pedal in the month of August. Participants log their kilometres and challenge their friends to support them through donations.

Will and River are both heading in to Grade 11 at West Carleton Secondary School, they both work at the McDonald’s Restaurant near Cabella’s in Kanata and have both found a love for hitting the road on their bikes.

The two boys picked up the passion for cycling last summer spending time in Nova Scotia and cycling with River’s grandfather Ray Balcom.

“With cycling being such an easy why to spend time together while physically distancing, it’s proved the ideal activity this summer,” Will’s mom Sarah Smith told West Carleton Online last week.

West Carleton Online met the young fundraisers yesterday (Aug. 10) in Arnprior, just one of their rides that helped them rack up more than 70 kilometres and reach a milestone for the pair.

The pair have cycled to Perth and back twice (140 km) and regularly head to downtown Ottawa three or four times a week.

“We like to bike a lot for fun,” River said. “Someone sent us a link to the Great Cycle Challenge Canada, so we thought why not raise some money while we’re having fun. We’re going to new places every time.”

It was the first time for both being in Arnprior. The two are planning a trip to Kingston in the near future as well.

The boys say things are going smooth so far this summer. The two recently upgraded their bikes from last year and that has had a positive affect on their ability to rack up the kilometres easier.

“We were doing the same kilometres before, just on terrible bikes,” Will said.

If you would like to track their progress or make a donation, visit their Great Cycle Challenge page here.

On July 29 we profiled Vydon Acres’ Pat Tait who has pledged to pedal 200 km in the Great Cycle Challenge. For that story, click here. 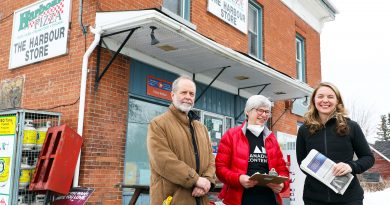 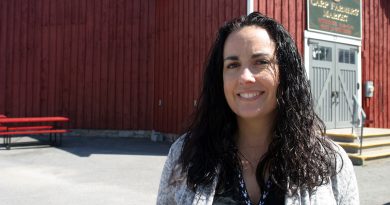