CARP – Turtle fences have been installed along a stretch of Thomas A. Dolan Parkway through the Carp Hills in an effort to save turtle lives, often seen crossing the road at a dangerously slow rate.

Contractors replaced culverts last July closing the road for a couple of weeks. Following that work, City of Ottawa budgeted to have turtle fences installed along each side of the culvert for several metres, along the length of a large piece of wetlands connected by the culverts.

“The land on either side of the road is a critical habitat for species at risk (such as) Blanding’s turtles, Snapping turtles and Painted turtles,” the Friends of the Carp Hills (FCH) released in a statement July 14. “Blanding’s turtles in particular can wander one or even two kilometres from ponds to lay eggs. The fences will keep them from crossing the road and becoming roadkill.”

The fences will guide turtles to the new culverts for safe travel.

“The fences prevent the turtles from using the road and running the risk of being hit by a car,” the FCH released in a statement on Nov. 22. “Turtles can still move between wetlands on either side of the road using the new culverts.”

The Carp Hills are home to Species at Risk turtles. Some female turtles can take up to 25 years to reach breeding maturity.

“Only a very small percentage of turtle hatchlings survive to adulthood,” the FCH said. “The loss of a mature female turtle as roadkill can have a significant effect on the viability of a population.” 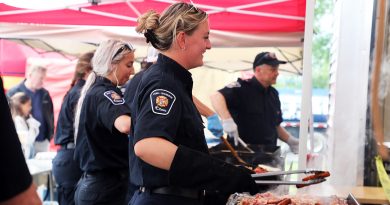 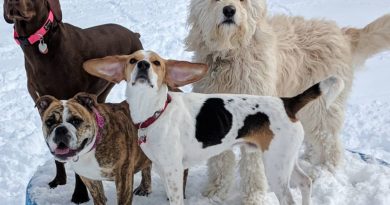