The Weather Network, which has not issued a tornado warning at this time, are calling for a hot, humid day tomorrow with the risk of “strong thunderstorms” moving in to the area in the afternoon.

Temperatures are supposed to hit 28 degrees Celsius tomorrow, but with humidity, it will feel like 38. Currently, the weather forecasters are expecting wind gusts of 30 kilometres per hour.

“The risk for strong to severe thunderstorms will resurface in southern and eastern Ontario Thursday (June 16), with a higher confidence for storms to develop as an approaching cold front will act as the trigger,” the Weather Network released in a statement today (June 15). “Depending on the timing of the front, with peak daytime heating and atmospheric instability, eastern Ontario would see the threat for the strongest thunderstorms to bubble up. Large hail, strong winds and heavy rain would be the main threats, though most of the day will be rain-free and some places could miss out on the storms. Thursday will be even hotter than Wednesday, with high temperatures ranging from the upper 20s to the lower 30s. Humidex values will sit in the upper 30s to lower 40s. The timing of the storms will have a significant impact on high temperatures.”

Meteorologists with the Northern Tornadoes Project (NTP) are warning of a possible tornado for parts of eastern Ontario, including Ottawa, on Thursday, June 16.

The warning is also for some parts of Québec.

“NTP meteorologists are expecting sufficient ingredients to come together in parts on eastern Ontario and southern Quebec tomorrow for a ‘likely tornado’ threat,” the NTP released in a statement.

Models are still experimental, and they will know more on the morning of June 16. 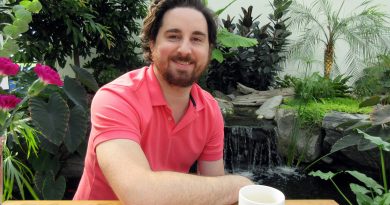 Carp play-by-play man about to be author 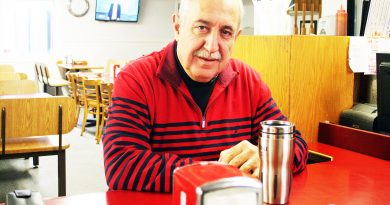