“The Carp Agricultural Society (CAS) and the Huntley Community Association (HCA) have made the difficult decision to cancel this year’s parade in Carp,” the CAS released in a statement this morning (Dec. 11).

“A strengthening low-pressure system is forecast to track northeast across Lake Huron today (Dec. 11),” Environment Canada released in a statement today. “Some areas are seeing freezing rain early this morning before an expected transition to rain late in the morning. There will likely be a period of no rain or light showers in between rounds of heavy rain this morning and late this afternoon.”

As much as 40 millimetres is expected in the area. There is also some concern of flooding.

“The frozen ground has a reduced ability to absorb this rainfall,” Environment Canada. “Melting snow will also contribute to runoff.”

And while brave parade volunteers faced lots of rain last year, Environment Canada has also issued a Special Weather Statement expecting strong winds of between 70 and 85 kilometres per hour throughout the day.

“A cold front will sweep through northeastern and southern Ontario this afternoon and evening bringing strong winds,” Environment Canada said. “Wind warnings may be issued for some regions.”

Meanwhile the CAS and HCA have made arrangements to ensure Santa will still drop by the Carp area to double-check West Carleton’s kids’ wish lists.

“We have made arrangement for Santa to stop by the Carp Fairgrounds on Thursday, Dec. 16 from 5 p.m. to 8 p.m.,” the CAS said. “Drive through the fairgrounds and see our Christmas lights and say hi to Santa. Merry Christmas.” 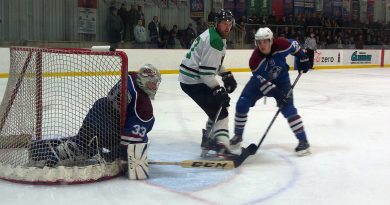 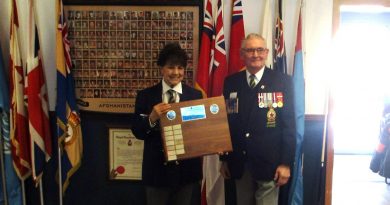