OTTAWA – Ottawa Public Health (OPH) is reporting 10 more COVID-19-related deaths, while the overall number of confirmed local cases is up slightly as of yesterday (May 11).

As of Monday, there have been 1,676 positive cases of COVID-19 in Ottawa – 171 of those have been fatal. The number of resolved cases is at 1,139, which represents 68 per cent of the overall total.

KANATA – COVID-19 has found its way to the Queensway-Carleton Hospital.

The hospital says an outbreak was declared in its A3 unit after two patients became infected with the virus while in hospital. A staff member has also tested positive for COVID-19. Ottawa Public Health declares a COVID-19 outbreak when one patient or staff member tests positive for the virus.

The Queensway-Carleton Hospital says several measures have been put in place, including isolation protocols for any patients with a positive COVID-19 test.

Any staff member who shows symptoms must immediately leave the hospital and be tested.

The hospital in Ottawa’s west end has also put in place additional cleaning procedures to limit the spread of COVID-19.

West Carleton Online spoke with Queensway-Carleton nurse Tracey Zoobkoff April 6 for a story on the hospital staff’s need for equipment, specifically scrub caps. At the time of the story Zoobkoff, who works in the mother-baby unit, said the coronavirus’ visit was inevitable.

““We haven’t had a mother test positive yet,” Zoobkoff said April 6. “I’m sure it’s just a matter of time. But right now, we’re safe. It’s a scary time for mothers. What is supposed to be the happiest time in their life is now very stressful and they can’t even have their friends and family with them.”

A COVID-19 outbreak has also been declared over in the emergency department at the Ottawa Hospital Civic Campus.

A COVID-19 outbreak at the Garry J. Armstrong long-term care home has also been declared over. Three employees at the City of Ottawa run facility had tested positive for the virus.

OTTAWA – Adversity brings out the best in some people, and a whole bunch of those people have stepped up to support Volunteer Ottawa (VO).

VO is calling on community not-for-profits, agencies and groups to let them know how it can help them, as 1,600 volunteers have stepped up.

The agency says its volunteers are available for telephone outreach, mentoring and communications support, food and medication delivery, passenger transportation and a wide range of other possible activities. Health and safety protocols have been put in place to safeguard the health of those volunteering and those they would be assisting.

“We are grateful to the many people who have come forward to help those in need at this time,” said VO executive director Marie Eveline released in a statement. “They are a valuable pool of support for our city.”

VO says local not-for-profits, groups and agencies can visit their COVID-19 website portal to find out how they can access the pool of volunteers. Anyone else in need of support can also contact VO for assistance.

Ontario to extend state of emergency to June 2

ONTARIO – Ontario is expected to extend its COVID-19 state of emergency to the beginning of June, as retail stores are allowed to partly re-open and Premier Doug Ford suggests family visits were all right.

The provincial legislature will sit today (May 12) and is expected to extend the province’s state of emergency to June 2, while also holding question period again.

The state of emergency is dealt with separately from the emergency orders, recently extended to May 19, which cover closures of bars and restaurants except for take-out and delivery, theatres, outdoor amenities such as playgrounds, and childcare centres.

Ontario previously announced publicly funded schools will be closed until at least May 31, and Ford said that news on childcare centres and schools is coming early next week.

In the meantime, when Ford was asked yesterday (May 11) if the concept of two-household bubbles would come to Ontario soon, as it has to other provinces beginning to re-open, he said two of his daughters who don’t live with him had already visited.

“There was six of us, direct family, none of the husbands, boyfriends, no one came, just themselves and I think if we can keep it to as small as possible gatherings that would be very helpful,” Ford said. “From the chief medical officer right now, he still wants to keep it immediate family. I have two girls living with me, two not living with me, so I had two more there. When it comes to seniors and our parents, use your best judgment.”

When asked if the advice had changed, a spokeswoman for Ford said they expect Ontarians to “use their best judgment when interacting with individuals from outside their household.”

Stores in Ontario were allowed to reopen Monday for curbside pick-up and delivery, a move Ford has said will allow thousands of people to return to work.

The measure announced last week is meant to help ramp the economy back up after the pandemic caused unprecedented job losses. According to data released Friday by Statistics Canada, 689,200 Ontarians lost their jobs in April, in addition to the 403,000 the agency says were lost in March.

Garden centres and nurseries were allowed to fully reopen on Friday, and hardware stores could do the same on Saturday.

Provincial parks also re-opened Monday, though beaches, camping areas and playgrounds will remain closed and physical distancing must be maintained.

The number of people in hospital with COVID-19 rose, as did those on ventilators, though the number of patients in intensive care dropped by one.

Nearly 14,000 tests were completed in the 24 hours up to 4 p.m. Sunday, which is lower than the government’s stated goal of 16,000, though it has said volumes tend to be lower on the weekends.

At the legislature on Tuesday, only 42 out of Ontario’s 124 members will be allowed in the chamber at any given time, and they will vote on both the motion to extend the state of emergency and a bill that makes pandemic-related changes to various acts.

Unanimous consent from the opposition parties is expected so that votes on all stages of the bill will happen quickly, said a statement from the office of the government house leader.

Politicians have also agreed to holding regular question periods, with sessions to be held Tuesday as well as May 19, 20, 26, 27, June 2 and 3.

The government is consulting with opposition parties about the possibility of extending sittings into the summer.

Members are also expected to agree to authorize virtual sittings of the finance committee so it can conduct four-week studies of the economic impacts of COVID-19 on various sectors, including tourism, culture and heritage, municipalities, construction and building, infrastructure, and small and medium businesses.

It is expected to wrap up the overall study by Oct. 8.

Ontario’s budget watchdog projected Monday the province’s deficit will quadruple to $41 billion this year, the largest in its history, as the pandemic cuts revenues and leads to increased spending.

The government projected in a mini-budget in March that its plan for $7 billion in new spending and $10 billion in tax and other deferrals that would see the deficit rise from $9 billion to a projected $20.5 billion for 2020-21.

The Financial Accountability Office said in a report Monday that assuming Ontario eases restrictions gradually through the summer, the deficit can be reduced to $25.3 billion in 2021-22 due to a strengthening economy.

But the office also said that sharply increased borrowing as a result of higher deficits will push Ontario’s net debt-to-GDP ratio to a record 49.7 per cent this fiscal year — much higher than the government’s projection of 41.7 per cent.

Seniors Minister Deb Schulte says seniors who receive old age security will get $300, and those who receive the guaranteed income supplement will receive $200.

In all, the $2.5-billion measure will provide payments to 6.7-million seniors, Schulte says.

She says many have faced an increase in the cost of living as a result of the COVID-19 pandemic, from more for dispensing fees for medications or delivery fees for food and services.

She also says their savings have taken a beating as stock markets have tumbled.

The government is also announcing that it won’t suspend OAS and GIS payments to seniors who forget to file their taxes on time.

There were 2. -million receiving GIS payments, which are meant to put a financial floor under seniors. 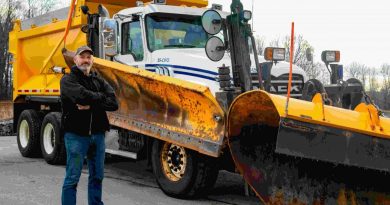