“The onset of precipitation will likely begin as rain before changing over to snow,” Environment Canada released in a statement today (April 18). “The snow is expected to fall heavily early Tuesday morning leading to reduced visibility at times. Above freezing temperatures today may limit snowfall accumulations somewhat, especially on surfaces such as roads and sidewalks.”

Snowfall rates up to three cm/hr are expected.

“Visibility may be suddenly reduced at times in heavy snow,” Environment Canada said. “There may be a significant impact on rush hour traffic in urban areas.”

For road conditions and other traveller information from the Ministry of Transportation, visit https://www.ontario.ca/511, https://www.twitter.com/511Ontario, or call 511.

One thought on “Snow to make return to WC Monday night” 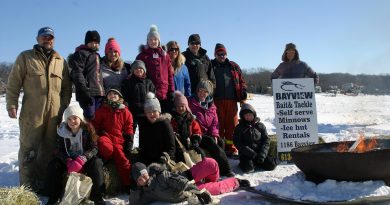