WEST CARLETON – Over the last couple months the Rural Transit Solutions (RTS) group has shared information on rural transit challenges, collected information on that same topic, and once again, shared that information, this time with a city committee May 5, as the volunteer organization endeavours to provide a solution to public transit roadblocks for rural residents.

RTS formed in 2019 when several advocates from around the city, especially in the rural areas, got together to combine their expertise and experience to focus on finding a solution to the problem of successfully providing reliable transportation for Ottawa’s rural residents.

West Carleton Online spoke with Woodlawn resident and RTS member Ken Holmes in May 2021 about the organization.

Rural public transportation has always been a hot-button issue in West Carleton with many residents arguing it is a vital service all City of Ottawa residents deserve, with the other side saying part of rural living is owning your own transportation – not wanting Ward 5 to join the rest of the city, and pay in to the transportation levy in the annual tax bill.

Coming out of COVID-19, RTS has been busy. The organization recently held a series of four online webinars providing information and collecting information in the issue. The webinars looked at Bellville’s on-demand bus service; Innisville’s Uber system; dissected the challenges of serving small villages over a large area; and ideas on how to pay for a sustainable solution.

Last week (May 5), Holmes presented some of RTS’ information to the City of Ottawa’s Agriculture and Rural Affairs committee (ARAc) using every second of the five minutes allotted to him to make RTS’ case.

“The reason we got to ARAc is twofold,” Holmes told West Carleton Online Tuesday (May 10). “Firstly, they are rural, obviously. Secondly, it is one of the only committees that has an open mic. It’s a very useful tool.”

Most city committees only allow delegations to speak on matters related to an agenda item. An ‘open mic’ session allows residents to speak for five minutes on any issue they would like to address with the committee.

Holmes says he would also like to speak to the city’s Transportation committee if RTS ever gets the chance, but last week’s presentation was well received by ARAc.

“We had 20 minutes of questions after a five-minute presentation,” Holmes said. “It was great.”

Holmes said an added bonus was there were a couple of urban councillors in attendance at the May 5 ARAc meeting that don’t sit on that committee.

“(Rideau-Rockcliffe Ward) Coun. Rawlson King was there for another issue,” Holmes said. “He had questions. He wanted to make sure we didn’t restrict the issue to rural councillors. He feels it’s a city issue. It was one of the most positive presentations I’ve ever had. The councillors were interested in the issue and engaged. All contributed to the presentation.”

Along with the four presentations, RTS has also organized and has distributed two surveys to the rural community to collect feedback from the residents’ point of view. That data was the crux of Holmes’ presentation to ARAc.

RTS has collected roughly 1,220 respondents to its two surveys. The break down of respondents by rural location includes:

Holmes says the four webinars were appointment viewing for those who wanted to form educated opinions on the rural transit problem.

“They made people award of some innovative solutions other communities are using,” Holmes said. “These are not theory or ideas. The thing I learned in the presentation; the Belleville on-demand service would give the city an idea of how to best incorporate a fixed-schedule service. Their response time was generally within 10 minutes after booking. That’s incredible. Their fixed system is cost-saving. Users are three to four times what was expected. Talk about a success story.”

For more information on Belleville’s on-demand service of Innisville’s Uber system, read our story from 2019 when both groups presented in Carp.

When Belleville was hit by COVID-19 the small city’s fixed schedule was heavily impacted, as it was in Ottawa losing $18 million over the last year, but the small city was able to pivot.

“They looked at on-demand for the entire city,” Holmes said. “And they were able to make that switch in 24 hours.”

And Bellevillecontinued to use the on-demand service for the entire city during the heigh of COVID.

Holmes said the feedback for those who tuned in to the seminars was excellent.

“I was living in fear we weren’t going to get questions,” he said. “We got plenty, and good ones.”

Holmes said about 15 people attended each session, with several of those people repeat customers.

With the survey feedback, and the info gained through the webinars, Holmes says RTS is going to continue to speak to city officials and politicians at every opportunity they can get.

“The big difference with this project, is we’re not going to just talk about the problems, we’re going to present solutions that are not just adding an express bus,” Holmes said.

Holmes says the survey information shows about half of the respondents identify transportation as a priority with the need being the ability to get around their own village and the adjacent village.

RTS will continue to work this summer as well.

“We’ll be doing another survey focusing on defining the origin destination and what is the requirement?” Holmes said. “Do we need to focus on a bus to serve the needs of priority times or is the need more varied that that?”

Holmes says the other side of the coin is rural residents have long been accustomed to a rural fact of life being you need a car to live here.

“That is one of the biggest challenges,” Holmes said. “To provide enough information so people can look at the issue unemotionally. One of the big challenges is the claim taxes will go up if public transit comes to Ward 5.”

For a report on the breakdown on RTS’ second survey, or for information related to RTS’ presentation to ARAc on May 5, click here. 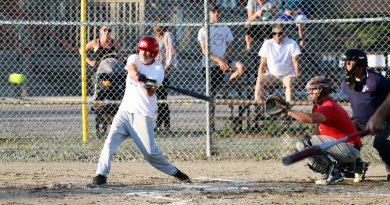