ARNPRIOR – Your Oscar awaits in Arnprior.

A tale of overcoming romantic heartbreak is to be filmed in Arnprior. The movie will be called Turkey Drop, and it focuses on the perennial theme of dumping a summer love by Thanksgiving.

“There’s going to be a 100 extras because they are going to need people to run in a marathon and appear on the sideline,” Wilson told Oldies 107.7 FM.

Wilson says filming will happen Sept. 16, 17 and 18, and John Street in Arnprior will remain closed following the Downtown Sunday Market on Sept.  15 for crews to set up.

The Economic Development Officer says the town will release details about road closures needed for the filming.

“So excited to have cast this one,” Ilona Smyth released in a statement Sept. 4. “Congrats to all the amazing Ottawa actors cast in it. Lots of background opportunities on this one email smythbooking@gmail.com.”

Turkey Drop will make its debut in time for American Thanksgiving in November.

One thought on “Rom-com filming in Arnprior looking for extras” 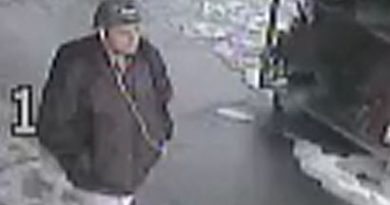