ARNPRIOR – There are three times as many teams in the second season of the Eastern Ontario Senior Hockey League (EOSHL) but the West Carleton Rivermen are once again among the league leaders a quarter of the way through the 2021-2022 season.

After six games in the 20-game season the Rivermen (4 wins, 1 loss, 0 ties 0 overtime wins, 1 overtime loss) sit in second in the EOSHL West Division one point behind the Smith Falls Rideaus (4-0-0-1-0) atop the division and the league. The Rivermen’s nine points times them with East Division leaders the South Grenville Rangers (3-0-1-1-0) and the Glengarry Pipers (2-1-1-2-0) for second in the league.

Last Saturday night (Oct. 16) the Rivermen defeated the previously undefeated North Dundas Rockets (3-1-0-0-0) in a 5-1 win in front of nearly 100 people at the Bert Hall Arena in Arnprior.

Kanata goalie Erik Miksik stood on his head stopping 39 of 40 shots and earning the first star in the very scrappy game.

“The team is looking great,” Byrne told West Carleton Online yesterday (Oct. 19). “We have a great mix of skill and defensive players on forward, a strong and reliable group on defence and three great goaltenders. Very happy with our team’s depth.”

The Rivermen are playing in a new home in Arnprior this season due to complications with ice time availability at their original home the Kinburn Sensplex. One nice advantage of the Bert Hall Arena is it is located in the Town of Arnprior as opposed to a rural crossroads.

Games during Thanksgiving didn’t help attendance but last Saturday an enthusiastic crowd of around 100 people took in the Rivermen game which was going head-to-head against the Battle of Ontario being broadcast nationally on Hockey Night in Canada at the same time.

“The crowd on Saturday was amazing and we hope it only continues to grow,” Byrne said. “The weekend before was tough as many people had plans for Thanksgiving, but last Saturday was great and the crowd was very in to the game. We really appreciate the support the Arnprior community has given us.”

Tripling the size of the league without even playing a single game in 2020-2021 during a year when even the NHL finished the 2019-2020 season with fewer teams than it began with, was an incredible feat for the EOSHL and gave it credibility with the expanded competition.

The league is made up of players with a lot of hockey experience. Most of the players have either played junior A, NCAA, Canadian university, AHL, even some professional European experience as is the case with Moyes. Byrne says the expanded league has not dulled the skill level at all.

“The competition is incredible, there are no easy nights in the EOSHL,” Byrne said. “It seems every team has some high-end skill players, a solid defensive group and great goaltending. It makes the hockey fun to watch and will certainly make the playoff race interesting.” 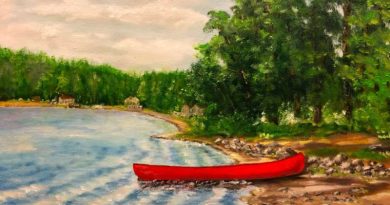 WCAS on display at Herb Garden 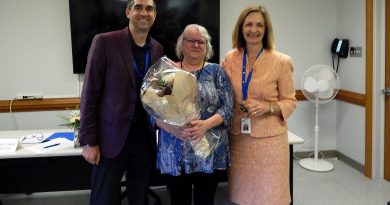