The Rivermen had another strong season in the two-year-old EOSHL. The Rivermen are an Original Four team from the 2019-2020 inaugural season. The Rivermen, playing out of the Kinburn arena that first year, had the best regular season record and was one game shy of being named the 2019-2020 EOSHL champions, losing to the Cornwall Prowlers in five games.

Byrne was named the 2019-2020 EOSHL Coach of the Year and the Rivermen were honoured with the front office of the year award as well.

The 2020-2021 season was wiped out by COVID-19. But a strange thing happened in that year off. The league grew by eight teams to 12 franchises situated on both sides of the Ottawa River in eastern Ontario and western Quebec.

The growth made sure year two would be a challenging one for the Rivermen as they tried to duplicate their success and go a little further. The Rivermen also moved their home arena to Arnprior and the 2021-2022 EOSHL season was plagued with challenges such as a leaguewide shutdown due to COVID-19 provincial restrictions. Home games had to deal with vaccine passports, masking and capacity limits.

On the ice, there was more competition, more skill and bigger games all year long.

“This last year almost seems surreal,” Byrne told West Carleton Online yesterday (March 29). “Going from four teams to 12 is far beyond what anyone ever expected, and EOSHL President Mitch Gagne should be commended for that. Not only did the league add new teams, it also added some players who are household names, which only made the skill level that much better.”

Although an EOSHL award winner, Byrne says the GM doesn’t deserve much credit for putting the team together.

“As GM, I really shouldn’t take any credit for signing the players I did,” he said. “Senior hockey is kind of funny that way. The majority of our additions were players who had a friend or two on the team, and then reached out to see if they could join. From there, it seemed that everyone knew someone else, and we just continued to get stronger as we move forward.”

Byrne says having a good core and a team owner (Galetta’s Adrian Moyes) who loves playing the game so much he literally bought the team, attracts talent to the Rivermen. And he expects that core will be back for the start of year three next fall.

“Moving on to next year, I don’t really think we need to add much, if anything,” Byrne said “I love this team and the effort they put forward on a nightly basis. I am completely confident that next year, we can challenge for the league championship with this same roster.”

The EOSHL entry draft is scheduled for early June. Any player 20-years-old and up is eligible to play senior A hockey. But drafting a player doesn’t guarantee that player will play on your team, although it does prevent them from playing on any other team in the EOSHL. Of the five picks the Rivermen made in 2021, none became regular players on the team. But it is Byrne’s job to take part in the EOSHL draft and bring in talent when the opportunity presents itself.

“That said, I am not going to sit idle while other teams improve,” Byrne said. “If we have the opportunity to add an impact player at any position, we won’t hesitate to do so.”

The 2022 EOSHL finals will begin April 2 with the Gananoque Islanders taking on the North Dundas Rockets.

The two teams agreed on a best-of-three finals (reduced from best of five), due to the extended length of the season related to the COVID-19 shutdown last January.

“”We are dealing with rink closures and Easter weekend just around the corner,” Gagne released in a statement. “We left it in the hands of both management groups to make the call. They have agreed to the two out of three series.” 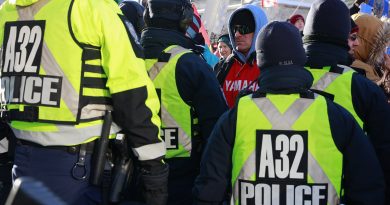 OPS says it’s safe to go back to work downtown 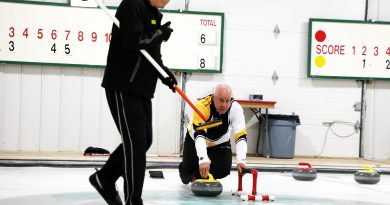