RIDEAU-JOCK – Coun. Scott Moffatt will end his 11-year municipal political career at the end of the current term in 2022.

Moffatt announced he will not be seeking re-election in next year’s municipal election through a series of Tweets on the social media platform Twitter yesterday (Nov. 13).

In an extensive Twitter thread looking back on his career as a councillor Moffatt wrote, “while it can be fun to look back to the past from time to time, and I probably do that more often than most, you also have to look ahead.”

“I suppose I did that in 2010 somewhere when asked about term limits,” Moffatt continued. “And now, after 11 years in office, it would appear my sentiment about how long I’d be a councillor rang true.”

Moffatt pointed out on the next municipal election scheduled for Oct. 24, 2022, the ballot will be absent of a Brooks, Stewart or Moffatt for the first time since 1974, seven years before the current councillor was born.

And on November 15, 2022, Moffatt said a new councillor will be sworn in as the representative for Ward 21.

Moffatt first ran for city councillor in 2006 when he was 25 years old coming in second.

“Losing in 2006 made me realize what I really wanted and also how to achieve it,” he said. “It made me a better candidate in 2010 and ultimately, a better councillor than I would have been if I won back then.” 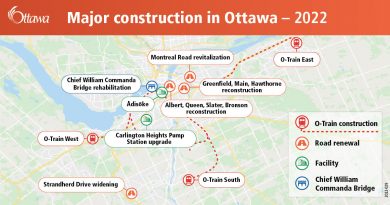