KINBURN – While nearby residents and the Huntley Community Association (HCA) took advantage of the opportunity to sit down with Cavanagh Construction last week, there are still many questions about a proposed concrete batching plant off Carp Road.

Cavanagh Construction said about 20 residents attended a meeting last Wednesday (Feb. 6) at the West Carleton Community Complex. It was an opportunity for residents to meet with representatives of the company before an application for a zoning amendment goes before the Agriculture and Rural Affairs committee (ARAC) March 7.

Representatives of the HCA say they still have many questions.

“Many things remain unresolved,” HCA Director Allan Joyner told West Carleton Online. “The biggest being the full response to Mississippi Valley Conservation Authority comments on the environmental impact of the potential impact on Huntley Creek and that the traffic report won’t be done before ARAC looks at the zoning application on March 7. But as you can see there are many more issues including noise.”

Air quality is also a concern for nearby residents, many who live on Oak Creek Road, or directly behind the proposed lot on Newill Place.

They are concerned about two sources of reduced air quality – the portland cement that will be produced and vehicle traffic.

At the meeting Cavanagh stated the facility is designed to “verified eco-gold status” with loading bay dust collection that is not required, but they have included. In summer, the gravel roadway will be watered down to keep dust down for the hundreds of trucks per day.

Vinaud Chaudhary was also at the meeting. Chaudhary lives on Newill Place and spoke to West Carleton Online on Jan. 16.

“One shocking admission was there were no current plans to pave the road from Carp Road to the cement plant,” Chaudhary said. “It’s a long, serpentine drive to the plant, which for reasons unclear is located as close to Huntley Creek and the residents of Newill Place as possible. This demonstrated the lack of appreciation for the dust and mess associated with hundreds of construction vehicles per day. Cavanagh will meet any regulations they say – those regulations are out of their control.”

Chaudhary said there was a lot of information dispersed at the meeting, but that hasn’t changed any residents’ minds.

“The community remains staunchly opposed to this re-zoning application,” he said. “The content of the meeting, as expected, did little to allay the concerns. This was also clearly stated to the Cavanagh team at the meeting, to ensure there was no misunderstanding about the community’s response to the information provided.”

Chaudhary said one question that went unanswered, is what will be happening on the rest of the land that is not part of the concrete batching plant.

“The plant itself occupies about a third off the area of the site plan,” he said. “Cavanagh could not divulge plans for the remainder of the site, citing competitive reasons. Residents speculate that with the aggressive growth of the South-Kanata area and the planned massive development along the March Road corridor toward Dunrobin, that a lot of precast concrete will be required for infrastructure, posing the potential for a wide range of additional construction intensity at this location. If this re-zoning were approved, it would start a cascade of new uses and growth in the construction traffic year-round for decades.” 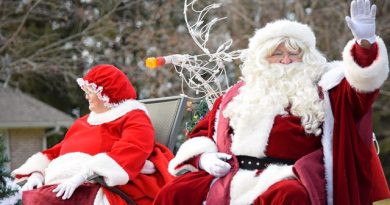 NFU encouraged by progress on AgriStability