OTTAWA – While the West Carleton War Memorial will not be hosting a Remembrance Day service this year, there will be several other ways of honouring Canada’s fallen heroes over the next week.

The West Carleton Royal Canadian Legion, Branch 616, will host its Remembrance Day service this Saturday (Nov. 5) starting at 1 p.m., as it usually does on the first Saturday before Remembrance Day (this allows members to attend the national memorial in Ottawa.

“The City of Ottawa is proud to honour all Canadians who have served their country in time of war,” city staff released in a statement today (Nov. 2).

The National Remembrance Day Ceremony returns to normal operations this year and will take place at the National War Memorial on Friday, Nov. 11. The ceremony will begin at approximately 10:30 a.m. Residents can attend in person or watch the ceremony live on the Royal Canadian Legion’s Facebook page and local and national news broadcasts.

“On Tuesday, Nov. 8, we also encourage you to take a moment to honour Indigenous Veterans Day,” staff said. “This day honours the important contributions made by more than 12,000 First Nations, Inuit and Métis Veterans in service to Canada.”

“If you plan on attending the National Remembrance Day Ceremony or will be in the downtown core, be sure to plan ahead,” staff said.

There will be intermittent, rolling closures between 8 a.m. and 1 p.m. in the area bounded by Nicholas Street to the east, Laurier Avenue West to the south, Elgin Street to the west, and Wellington Street/Rideau Street to the north, as the parade is escorted to and from the National War Memorial by the Ottawa Police Service.

“Consider using transit to get to the ceremony,” city staff said. “Veterans who wear their medals or uniforms during National Veterans’ Week, from Saturday, Nov. 5 to Friday, Nov. 11, can ride OC Transpo, Para Transpo and Société de transport de l’Outaouais (STO) buses and paratransit service for no charge. Companions accompanying veterans also ride at no charge. Visit octranspo.com and STO for more information. 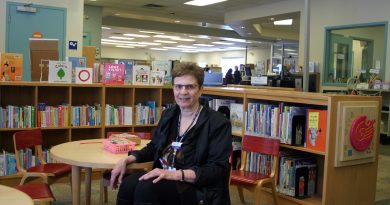 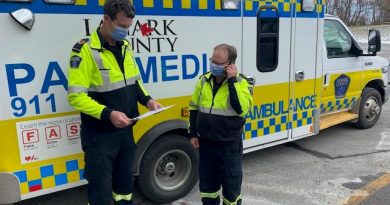