KANATA – Ottawa Fire Service (OFS) had an unusually busy start to the week (March 25) battling four fires across the city – two in the Kanata area.

An early morning fire in Kanata South Ward kicked off the day for Ottawa fire crews. OFS received a call from an alarm company of active alarms at 34 Edgewater St.

When Ottawa Fire crews arrived on location, they confirmed smoke coming from the building and declared a working fire at 2:55 a.m.

The structure was unoccupied. The fire was declared under control at 3:40 a.m. There were no reported injuries at the time. An Ottawa Fire Investigator was been dispatched to the scene to determine the cause.

In Stittsville-Kanata West OFS attended an early evening fire at 11 Victor St after receiving a call at 6:12 p.m. from the occupant stating the attached garage was on fire.

Ottawa fire crews could see flames visible in the garage upon arrival and declared a working fire at 6:17 p.m.

Fire crews quickly knocked down the fire, preventing the fire from spreading to the house. The fire was declared under control at 6:35 p.m. There were no reported injuries at the time. An Ottawa Fire Investigator will not be required to attend for this incident.

OFS crews also attended evening fires in Rideau-Goulbourn Ward where a barn and tractor fire was extinguished and Rideau-Rockliffe Ward where one firefighter was injured battling the blaze. 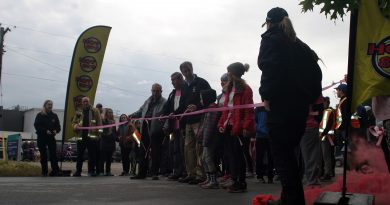