“The city and National Capital Commission have confirmed a general layout for a municipal park and community building in the area, which is set to be developed over the coming decades,” city staff released in a statement following today’s (Sept. 23) regular meeting.

Planning for a non-profit childcare facility has also continued despite a delay as the city focused on implementing the national child care system. The committee will hear more in the next term of council about resources being committed to affordable housing benefits in LeBreton Flats, as well as about funding strategies for infrastructure and the public realm.

The committee also approved applications that would facilitate replacing two derelict homes in Sandy Hill. The approved zoning amendment would permit a four-storey apartment building on Wilbrod Street, between King Edward Avenue and Cumberland Street. In June, council approved the demolition of two derelict homes on this property within the Sandy Hill West Heritage Conservation District.

“The approved zoning and an associated heritage application would see 19 new apartments added to this walkable, transit-oriented neighbourhood,” staff said.

A new residential high rise could soon be in development near the future New Orchard LRT station after the committee approved Official Plan and zoning amendments to permit a 32-storey tower. The proposal, which includes 312 apartments along with townhouses to the east of the tower, would replace a surface parking lot northwest of Ambleside Drive and New Orchard Avenue, offering significant intensification on an underused, transit-oriented site.

Recommendations from today’s meeting will rise to council on Wednesday, Oct. 5. 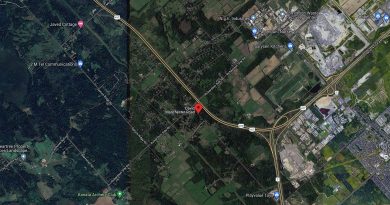 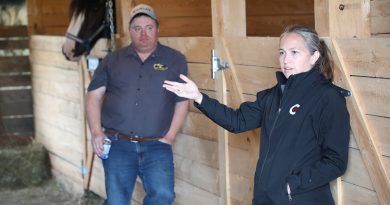