“At 31 and 36 storeys, the two towers would include 601 apartments, 41 per cent of which would be offered at affordable rental rates, well above the goal outlined in the city’s Official Plan of encouraging 25 per cent of all new housing in LeBreton Flats to be affordable,” city staff released in a statement following yesterday’s (Oct. 26) meeting.

The property at 665 Albert St. would be the first developed under the new LeBreton Flats Master Concept Plan.

Recently completed by the National Capital Commission, that plan calls for development with significant affordable and accessible housing that also employs zero-carbon, sustainable construction. The approved development is also targeting net zero emissions, in alignment with the plan.

A second, smaller affordable housing development was approved in Skyline-Fisher Heights: a four-storey apartment building southeast of Merivale Road and Capilano Drive. The applicant aims to secure an agreement with the city to offer the 50 apartments at affordable rates.

The committee approved a zoning amendment for two 40-storey buildings on Scott Street that would introduce about 800 apartments and ground-floor commercial space to a walkable, transit-oriented neighbourhood just steps from the future Westboro LRT station.

“The concept shows a variety of unit types, including larger three-bedroom units for families,” staff said. “The property fronts Lion’s Park and the applicant would dedicate 10 per cent of the land to the city, to expand the park and deliver much needed greenspace in the community. A separate community consultation process would determine how the parkland will be developed. A public plaza and walkway would connect Scott Street to Ashton Avenue and the park.”

Zoning for another multi-tower development was approved for properties immediately west of the O-Train Line 2, where the future Corso Italia Station is being built on Gladstone Avenue. The applicant plans about 850 apartments along with office and commercial space in three towers at 30, 33 and 35 storeys.

“The site is home to the Standard Bread Company Bakery building, designated under the Ontario Heritage Act. Redevelopment plans include retaining and rehabilitating that building, currently in use by an artist collective, and integrating it as a prominent feature of the development,” staff said. “The property owner has committed to developing a relocation strategy for the artists during construction and providing an affordable lease for artist space in the new building.”

In Orléans, the committee approved a zoning amendment to permit up to four highrises, ranging from 24 storeys to 32 storeys, adjacent to Trim LRT station. The proposal would add about 950 apartments, along with commercial and office space, providing complete mixed-use developments around a future transit station.

“It would serve as a model for 15-minute, transit-supportive neighbourhoods while protecting natural features on the property,” staff said. “Park space and public pathways with river views are also planned.”

Two highrises along St. Laurent Boulevard could soon be underway between Smyth Road and Industrial Avenue after the Committee approved zoning for buildings of 20 and 25 storeys. The development would add 512 apartments a short walk from a future bus rapid transit station in a community that is well served by schools, parks, community services and local businesses. The amendment would also encourage more trees and park space along St. Laurent Boulevard.

Recommendations from the meeting will rise to council on Wednesday, Nov. 9. 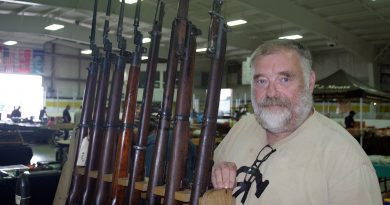