OTTAWA – In mid May 2018 a member of the RCMP Internet Child Exploitation Unit (ICE) notified the Ottawa Police Service (OPS) ICE of an undercover luring operation identifying an Ottawa man communicating with an undercover police officer.
During the police investigation, several communications were exchanged where the man engaged in conversations requesting to have sexual relations with a child.
Subsequent police investigation and production orders revealed the identity and address of the offender.
On July 5 the OPS ICE Unit executed a search warrant at a residence in the Carlington area. A preliminary analysis of digital devices revealed an extensive collection of chats relating to the sexual abuse of children and images of child pornography.
Vernon Terwilligar, 59-years-old, of Ottawa, is charged with two counts of arranging a sexual offence against a child, making child pornography, possessing child pornography and possessing a schedule II substance.
He will appear at show cause court on Friday, July 6.
Terwilligar has connections to other areas of Ontario including but not limited to Perth, Smith Falls, Cardinal, Kingston, Tara, Holland Centre and Lyn. 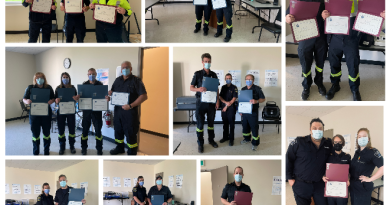