OTTAWA – The Ottawa Police Service Sexual Assault and Child Abuse (SACA) Section has charged an Ottawa man with a Sexual assault that occurred on April 6.
On April 9, a female in her 50s reported to the Ottawa Police that she had been sexually assaulted several days prior by her chiropractor during a scheduled appointment with him.
The incident occurred while the man was in the course of his employment as a chiropractor in the south end of Ottawa. At the end of the chiropractic phase of the appointment, he offered the victim a free massage in another area of the clinic, where the sexual assault occurred.
Today, Dr. William McLeod, 69-years-old, of Ottawa was charged with one count of Sexual Assault. He is scheduled to appear in court today.
SACA investigators are concerned there could be more victims and are encouraging them to come forward.
Anyone with information is asked to contact the Ottawa Police Service tip line at 613-236-1222, ext. 5760 or email: mcm@ottawapolice.ca.

Anonymous tips can be submitted by calling Crime Stoppers, toll-free at 1-800-222-8477 (TIPS) or downloading the Ottawa Police app. 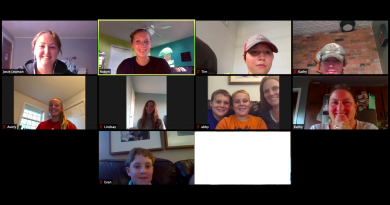