OTTAWA – The city’s Planning Committee today approved a heritage permit for the contemporary, seven-storey addition proposed at the rear of the Château Laurier hotel.

Over the past two years, the design for the addition has evolved based on feedback from residents, heritage and design professionals, and city planning and heritage staff. The latest design is lower than any previous versions and makes greater use of limestone and bronze to reflect the materials of the historic hotel.

The Château Laurier is protected under the Ontario Heritage Act. City staff consider the latest design consistent with the Council-approved guidelines requiring additions to such properties be compatible with but also distinguishable from the historic building. The Planning Committee approved the permit, conditional on further design revisions through the site plan process, as recommended by the City’s Built Heritage Sub-committee. Council will consider this report at its next meeting.

Ottawa could soon see the start of development on five high-rises next to the Pimisi light-rail-transit station. The Committee approved Official Plan and zoning amendments to permit this multi-phase project that proposes five towers between 25 and 45 storeys, east of Booth Street.

The plan calls for a variety of apartment sizes, affordable housing, a child care facility, as well as a range of commercial uses, including restaurants and a grocery store. Once fully built, the development would feature approximately 1,600 households.

The committee approved a seven-storey residential building on the east side of Bank Street, between Fourth and Fifth avenues. The existing site features two-storey commercial units fronting onto Bank Street that were developed in the late 1800s, as well as a 1980s-era rear addition. The new residential building will retain the storefronts along Bank Street, recognizing their heritage value. City planning staff will work with the applicant to reduce height on the east side to improve the transition to the existing low-rise community, and to adjust the southeast corner to preserve a mature tree.

The Planning committee also directed staff to look into preparing a secondary plan to guide development in the Glebe, specifically for properties facing or adjacent to Bank Street. A report, which would include a strategy on height and density, is due to Planning Committee by the last quarter of 2019.

Official Plan and zoning amendments were also approved that would make it easier to build the proposed Ottawa Public Library and Library and Archives Canada joint facility, once a final design is approved. The amendments affect the lands on and around the Council-selected site at 557 Wellington Street.

Except where noted, items approved at today’s Planning Committee meeting will go to Council on Wednesday, July 11. 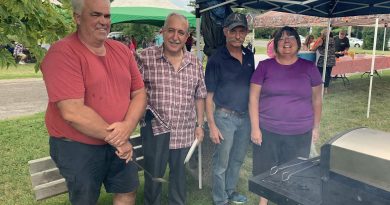 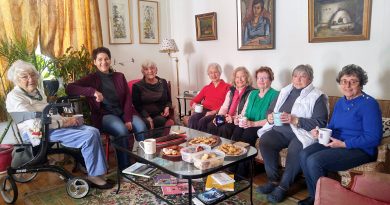