OTTAWA – Ontario and Ottawa’s COVID-19 numbers continue to rise as the city adds 144 new cases over the weekend.

According to Sunday’s (Sept. 27) provincial numbers, 491 cases are being reported, 58 of which are in Ottawa.

For Ottawa, that’s up from the 45 reported yesterday, and the 41 reported on Friday.

The last time Ontario reported a number of cases close to 500 was on April 15 when 494 cases were confirmed. The province’s total is now at 49,831 cases since the pandemic started.

For Ottawa, the total is now at 4,063. Two new deaths have been reported in the province, bringing the tally to 2,839.

The two deaths were among the 90-99 age group, one of which the province says was in Ottawa.

Twelve more people are hospitalized across the province, there are 112 now in hospital. The number of people in intensive care remains unchanged at 28, but one more person is on a ventilator, bringing that total to 16.

Health Minister Christine Elliott says 63 per cent of Sunday’s cases are in people under the age of 40.

In Ottawa, 575 cases remain active, eight more since yesterday, with 16 in hospital and three in the ICU.

The most active cases can be seen among 20-29 year-olds, with 1,397 cases active across Ontario.

The number of tests performed since Saturday by the province is 42,509 —729 less than on Saturday.

The total number of tests processed since the start of the pandemic is now at 3,808,226. 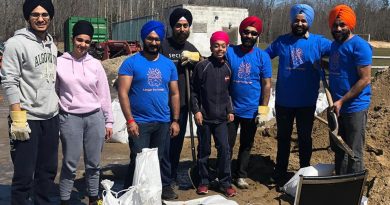