CONSTANCE BAY – It’s a moving museum, a history parade, a look at a significant symbol of Canadian culture – it was the 14th annual Constance Bay Legion Old Sled Run.

And it was huge.

The sunny, plus-zero weather brought out the sleds – classics and modern masterpieces alike.

The Old Sled Run is a trip from Constance Bay to Quyon and back, with the preferred snow machine being a blast from the past.

This year there were 140 registered old machines and organizer, Constance Bay’s Mike O’Reilly says “a friend counted 203 machines leaving the West Carleton Royal Canadian Legion, including those riding along on modern snowmobiles.”

The tradition is growing with the Old Sled Run, and that’s a good thing.

“It definitely looks like it’s grown,” O’Reilly told West Carleton Online from the registration table at the Legion Sunday (Feb. 23) morning. “The level of interest is growing. The ride across the river on a day like this is just incredible. Gavan’s Hotel itself is an attraction of itself. A lot of people go to the hotel just to have a look.”

The Old Sled Run is notorious for breakdowns along the way – but that’s just part of the fun.

“With this many old machines, there is no way they are all going to make it,” O’Reilly said.

“This is all about nostalgia,” O’Reilly said. “People grew up with these machines.”

While the sled is beautiful, so is the route.

“The view with the treeline and the Gatineau Mountains is unbelievable,” O’Reilly said. “We got a place here (the Legion) with a trail right out the back and through the woods.”

But the day starts out with breakfast and conversation. Coun. Eli El-Chantiry sponsors the breakfast held at the Legion. Legion volunteers help distribute it. El-Chantiry, a snowmobile enthusiast himself, says he also goes on the run, but has a more modern ride – a 2007 Yamaha four-stroke.

Outside hundreds or riders and several residents, checked out the classic machines on display, some more than 50-years-old. This year’s theme was ‘Fear the Deere,’ and there were a few John Deere’s on display. And a fake.

“I couldn’t find a John Deere at the time so I built one so I could fit in,” Blackburn told West Carleton Online. “I copied a lot off of a ’79 Cyclone.”

Blackburn painted the sled John Deere green and painted the word ‘prototype’ just above the logo.

“I did it this week,” he said. “I did the sandblasting just last Thursday (Feb. 20). I brought a rope just in case it doesn’t make it.”

Blackburn said this is the ninth year he’s attended the Old Sled Run.

Not far away from Blackburn’s converted John Deere is a couple of real McCoys.

Pakenham’s Phil Sadler will be riding a ’78 John Deere Cyclone while his son Zac will be on the ’80 Sportfire. Sadler says he also owns a few other John Deere sleds – a ’82 Sprintfire, ’80 Liquifire, ’76 Liquidator and ’79 Spitfire. He says he owns about 10 sleds in total.

He says the talk often revolves around finding parts and tech advice.

He’s confident his sleds won’t be the ones that need a little help along the way.

“These ones will make it, yeah,” Sadler said. “These are the ones we ride.”

Sadler says these ones get taken out for a rip three to four times a year and that he takes the others to about 15 to 20 vintage shows a year.

“I like to come out and see all the old sleds,” Sadler said.

“All in all it was a great day for Branch 616,” O’Reilly said following up with West Carleton Online yesterday (Feb. 25). “We sold out of breakfast, 168 served, and had enough chili to serve 175 people when they got back after the adventure. All of the proceeds go to Branch 616 and when we tally up the numbers later this week we expect that it will prove to have been an excellent day for the branches’ finances.”

O’Reilly would like to particularly thank our generous sponsors:

“Finally, a huge thanks goes to all of the volunteer team from the branch and the community without whom none of this huge event would have been possible,” O’Reilly said. “I have been getting calls, messages and Facebook posts all day from event participants commenting on how much they enjoyed a beautiful day touring in this Ottawa Valley that we call home.” 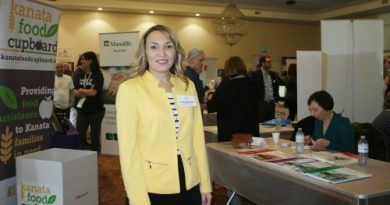