DOURLEY, OMI, Fr. John Patrick Peacefully at home at the Springhurst OMI Residence, on June 22, 2018 at the age of 82. He was predeceased by his parents Nellie (Nee Brown) and John Patrick “Jack” Dourley. Born in Venosta, Quebec, John was a resident of Ottawa all his life. He will be fondly missed by his cousins Francis Morris, Tommy Morris, Mary Morris, Kevin Morris, Donald Morris, Lawrence Morris and Keith Morris, members of his OMI religious community and many colleagues and friends. After a year at St. Theresa’s Novitiate, Arnprior John made his first profession as a Missionary Oblate of Mary Immaculate in 1958. He made his perpetual vows in September 1961 and was ordained to the ministerial priesthood in June 1964. His lifelong teaching career began at St. Patrick’s College in 1965 and ended at Carleton University in 2001. John held Licentiates in Philosophy and Theology, from St. Paul University in Ottawa, as well as a Masters in Theology from Ottawa U and an M.A from St. Michael College, University of Toronto. He obtained his PhD in Theology from Fordham University, NY in 1971. In 1980 John became a Jungian Analyst having earned a diploma in Analytical Psychology from the C.G. Jung Institute in Zürich. John, an esteemed scholar, brilliant thinker, theologian and author, wrote extensively (13 books) on Jung and religion; his most recent book: “Jung and his Mystics”. John made presentations to the International Association for Analytical Psychology in Barcelona 2004, Cape Town 2007, Montreal 2010, and Copenhagen 2013. John had a private practice in Ottawa as a Jungian analyst up until his death. He was one of the founding analysts of the first training program for Jungian analysts in Canada. On a more personal level, John enjoyed good conversations and meals with friends and colleagues especially his fellow Oblates. He enjoyed skiing, skating and fishing until health challenges made it impossible. Prayer service at St. Joseph’s Church, Wilbrod Ave, on Wednesday at 7:30 p.m. Mass of the Resurrection at St. Joseph’s Church Thursday 11 a.m. Burial to follow at St. Theresa’s Cemetery, Arnprior. In lieu of flowers, for those who wish to honour John with a memorial tribute, please consider a donation to: Galilee Retreat Centre, 398 John Street N., Arnprior, ON K7S 2P6. 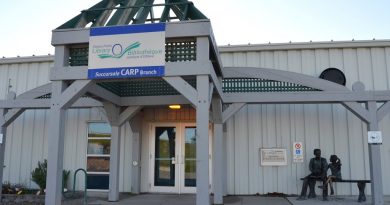 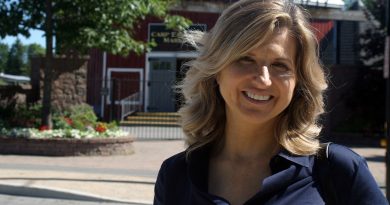