OLD OTTAWA EAST – It’s an anniversary not often celebrated in West Carleton, but an Ottawa musician has marked the 150th anniversary of The Great Fire with a song and video series.

Old Ottawa East musician Paul Weber is one who has always been interested in local history, and when he learned about The Great Fire of 1870, a fire that at its peak stretched from Almonte to the Ottawa River, thoroughly engulfing the Carp Ridge, but oddly sparing the Village of Carp, he knew he had a project on his hands.

The Great Fire of 1870 was erratic burning through and along cedar fences, skipping over areas and fields, yet burning through wide swathes of forest and fields. The unpredictability of the fire burnt farmhouses, barns and outbuildings, but left other buildings nearby intact. Travelling at 10 miles per hour wind speeds increased to gale force and the fire spread quickly through spruce and pine trees on the limestone ridges; engulfing Lanark, Fitzroy, Torbolton, March, and Huntley Townships.

On Aug. 17, 2020, Weber released a video and song commemorating the start of the fire. It was the finale in a four-part series the musician produced on the historic event. It’s a story he learned from Valley historian and former West Carleton Online columnist Terrence Curry and his book The Ottawa Valley’s Great Fire of 1870.

“I finished the video a while ago, but I thought I should wait until the anniversary to release it,” Weber told West Carleton Online Tuesday (Aug. 25).

The music video is part of a four-part video series Weber put together throughout the pandemic.

“The history of the fire has been an interest of mine for the last several years,” Weber said.

Weber has been writing and playing music since “I was a kid,” he said.

He had stepped back from music for a time but returned to his passion over the last three years.

“It comes back to my desires as a singer-songwriter,” Weber said. “I love to write about my community. And when I’m not writing songs, I’m researching my community.”

He was visiting his friend Dan Currie in Almonte, who just happened to by Currie’s son, and Weber saw the book on the coffee table. He was instantly intrigued.

“I took that book, and some of the stories in it, and that’s how I wrote the song,” he said.

The video was directed and edited by local musician, singer-songwriter and producer North Easton. The musicians in the video are Weber (vocals and guitar), Marie-Soleil Fecteau (MaSl Fecto, vocals), and Rob Lethbridge (upright bass). Dan Artuso plays steel guitar and other guitars on the recording. Special thanks to Dan Currie and Aamina Badran for their help in making this video.

The song will be part of an album called Ode to Gerry Barber Weber will be releasing in a couple of weeks. A side note, Jerry Barber was a well-known bouncer at the Chaudiere Club.

Weber says he wasn’t really familiar with West Carleton, but his interest in the outlying areas of greater Ottawa led him to discovering the rural west.

“I have rural roots, but not in West Carleton,” Weber, who calls Old Ottawa East home, said. “I’ve been poking around the Valley for the last 20 years.”

And there was something about the fire that piqued his interest.

“It was kind of a lost story in some ways,” Weber said. “I was struck by the scale of the fire. People running from this apocalyptic fire.”

It made the job of song-writing easy.

“I find to bring these stories to life, you have to connect on an emotional level,” Weber said. “There are still some old houses with beams in them that have burn marks. We have our own stories here in the Ottawa area and I think we don’t need to import ones from abroad.”

If you would like to see the four episodes of Paul Weber’s Ottawa Walks’ series on The Great Fire, click here (his song is the fourth part).

For more on the musician Paul Weber, visit his website here. 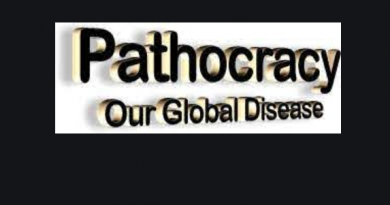