WEST CARLETON – Now that the deep freeze is clearing out, here comes the snow.

West Carleton is going straight from an Extreme Cold Advisory to a Winter Storm Warning as Environment Canada is calling for as much as 50 centimetres of snow overnight tonight (Jan. 16) through Monday (Jan. 17) evening.

“Total snowfall amounts of 25 to 40 cm with locally higher amounts of up to 50 cm,” Environment Canada released in a statement today (Jan. 6). “Snow, at times heavy, with peak snowfall rates of two to five cm per hour possible which could significantly reduce visibilities.”

Expect it to also be windy.

“Surfaces such as highways, roads, walkways and parking lots may become difficult to navigate due to accumulating snow,” Environment Canada said. “Visibility may be suddenly reduced at times in heavy snow. There may be a significant impact on rush hour traffic in urban areas.”

Due to the storm warning, the City of Ottawa has issued a parking ban from Monday to Tuesday evening.

“Thirty 30 to 40 cm of snowfall is in the forecast for Ottawa and a significant weather event has been declared,” staff said. “A parking ban will be in effect from Monday at 7 p.m. to Tuesday at 7 p.m. Crews are ready to tackle the snow, but may need longer than usual to clear sidewalks, roads and the winter cycling network.”

Meanwhile the weather is expected to warm up a high of -5 degrees Celsius on Monday but with strong wind gusts throughout the day.

Fitzroy’s Concerts in the Park series cancelled for 2020 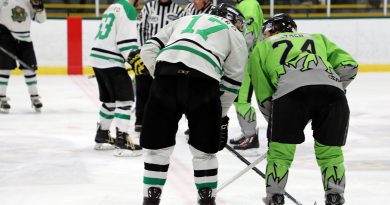