OTTAWA – Ottawa continues to battle a surge in cases today (March 28) as the province deal with the third wave of the COVID-19 pandemic.

Ottawa Public Health (OPH) reported 126 new cases, slightly down from the 133 from Saturday.

This brings the total number of confirmed cases to 16,881 since the pandemic started.

The city’s incidence rate has jumped to 73.1 per 100,000, that’s up from the 71.9 reported on Saturday — keeping Ottawa firmly in the red zone. In the last seven days, a total of 771 cases were reported in Ottawa, which accounts for about 4.6 per cent of all cases recorded so far in the city.

The positivity rate remains at 4.6 per cent.

There are two new community outbreaks, which ups the current active total to seven.

One new outbreak has been declared at a childcare centre or school, making that 11. There is one more outbreak at a healthcare institution, meaning 27 outbreaks continue.

According to the provincial government, one new UK variant case was recorded in the city, bringing the total to 23.

The Eastern Ontario Health Unit is reporting 27 new cases of the virus, up from the 21 reported from the day before.

There are 2,448 new COVID-19 cases across the province, as well as 19 new deaths, the Ontario government reported on Sunday.

This brings the total number of cases since the pandemic started to 343,140.

This is also the fourth day Ontario has reported case numbers above 2,000.

It is also the 22nd day the province has recorded case numbers in the quadruples.

In total, there were 16,061 cases recorded over the past week since March 21. That means this week’s numbers account for just over 4.6 per cent of total cases since the start of the pandemic.

This is the fifth consecutive day of deaths being reported in the double digits in the province. The death toll now stands at 7,327.

Ontario recorded 104 deaths over the past week since March 21.

Since Saturday, 1,543 more cases have been declared resolved. As well, 68 fewer people are in hospital, meaning 917 now remain. There is one more patient in the ICU, bringing the total to 366; and 25 more people are on a ventilator, upping the total to 217.

The government said it completed 50,227 more tests since Saturday, a decrease of about 17.5 per cent from the day before. The percentage of tests that were positive were 4.5 per cent, which remains unchanged from the previous day.

OTTAWA – More than 44,000 Ottawa residents have booked an appointment to get the COVID-19 vaccination since the Ontario government opened its online booking system two weeks ago.

In a memo to council, Emergency and Protective Services general manager Anthony Di Monte provided an update on the COVID-19 vaccination rollout.

As of Friday, more than 44,000 residents have booked their vaccines at a community clinic in Ottawa through the booking system. Issues plagued the provincial online booking system in the early days of the software but Mayor Jim Watson says the problems seem to be behind them.

Starting Monday (March 29), the city will launch rural pop-up clinics for residents aged 75 and older and adult recipients of chronic home care.  The clinics will be set up in West Carleton-March (starting April 1), Cumberland, Osgoode and Rideau-Goulbourn. Eligible residents can call 613-691-5505 to book an appointment in the designated rural communities.

OTTAWA – An OC Transpo operator who was working west-end routes is self-isolating after testing positive for COVID-19.

The operator last worked on March 23, but to protect the privacy of the individual, OC Transpo will not be releasing their name. OC Transpo has been working with Ottawa Public Health to conduct contact tracing of individuals who have, or may have been, in close contact with the employee.

OPH advises the key dates are the 48-hour period prior to the onset of symptoms, which are March 22, 23 and 24. OC Transpo said it has started contacting employees who may have come into close contact with the operator during the key dates. OPH will follow up with family and friends of the individual.

The employee was not scheduled to work on March 22 or March 24.

On March 23, however, the employee operated bus #4370 from the Merivale garage and served the following routes:

OC Transpo is also identifying vehicles and facilities that may need additional cleaning.

If customers have concerns about exposure, they can contact OPH at 613-580-6744 to speak to a public health nurse or visit OttawaPublicHealth.ca.

Both Renfrew Tim Hortons close due to positive case

RENFREW – A Tim Hortons employee in the Town of Renfrew has tested positive for COVID-19.

The Renfrew County and District Health Unit confirmed the news in a statement Saturday (March 27).

As a result, Tim Hortons management has voluntarily closed both Tim Hortons locations in Renfrew temporarily as they go through a deep cleaning.

All staff have been deemed to be a close contact of the positive individual, and have been given direction to self-isolation and arrange for testing.

All patrons, including those who dined-in and visited the drive-thru, are not considered to be at risk, however all residents are advised to self-monitor daily for COVID-19 symptoms.

“The RCDHU said it is working closely with Tim Hortons management staff at both locations to make sure all necessary measures continue to be in place,” the RCDHU released in a statement.

The RCDHU also said it is actively investigating the case and all high-risk contacts will get a standard text message from the health unit’s virtual assistant within 24 hours, notifying them they had recently been exposed to the virus. 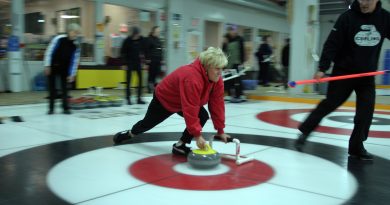 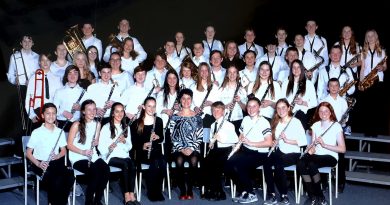 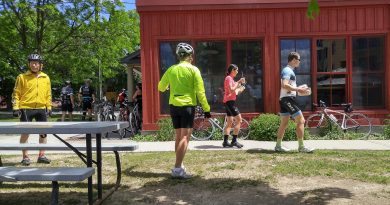