OTTAWA – Ottawa Public Health (OPH) is reporting 59 new cases of COVID-19 as the local weekly incidence rate climb to 46.3 per 100,000 and the city approaches the red-control provincial level.

One of the thresholds for the red-control tier of the province’s COVID-19 response framework is a weekly incidence rate of 40 per 100,000. Another key indicator is the local positivity rate, which remains at 2.5 per cent in Ottawa today (March 16). To be considered for red restrictions, the area must have a positivity rate at or greater than 2.5 per cent.

Ottawa is currently in the orange-restrict tier, which includes intermediate public health measures.

The number of active cases in the community has fallen slightly to 620. The number of COVID-19 patients at local hospitals is also down to 20, with four in intensive care.

There are 22 healthcare institutions still dealing with COVID-19 outbreaks, as well as 10 schools and two childcare centres. The health unit is also monitoring three community outbreaks linked to a multi-unit dwelling and two warehouses.

There have been 15,696 lab-confirmed cases of the novel coronavirus in Ottawa since March 2020, of which 14,627 have been resolved.

The city has seen 77,423 doses of COVID-19 vaccine administered after receiving 86,640 since December. OPH’s vaccine numbers get updated every Monday, Wednesday and Friday.

ONTARIO – Nearly 100,000 Ontarians aged 80 and older booked their COVID-19 vaccine appointments yesterday (March 15) despite technical issues plaguing the online portal and long wait times to get through to the call centre.

Premier Doug Ford said any “bumps in the road, or wrinkles in the system” would be taken care of immediately.

A spokesman for the Ministry of Health said the technical issue some users had encountered had been resolved by 4:30 p.m.

Several health units also reported issues with the new system, saying they were working with the province to address the problems.

Some of Ontario’s 34 public health units have already established their own systems for booking vaccination appointments, but the provincial portal will either enhance or replace those setups in many areas.

The province reported Monday a total of 1,191,553 COVID-19 vaccine doses have been given out in Ontario so far.

The Ontario Hospital Association said the province is now in a third wave of infections yesterday, citing data from a science advisory group that shows virus variant cases increasing and the number of patients in intensive care trending up.

The province’s chief medical officer of health Dr. David Williams said Ontario “could be going into” a third wave but the extent of it is still developing.

“You can always tell you’re in it after it’s over,” Williams said. “I would say we are into that base of a third wave. What does that mean, how big it is? That’s to be determined.”

Ford also confirmed Monday that the head of Ontario’s vaccine task force,  retired general Rick Hillier, will be leaving the job when his contract expires on March 31.

Ontario reported 1,268 new cases of COVID-19 on Monday and nine more deaths linked to the virus.

CANADA – It is expected the Canadian government will reverse its stance on the AstraZeneca COVID-19 vaccine following further research on its capabilities.

Officials are expected to announce the shot is safe for seniors and should be given to those over the age of 65 years later today (March 16).

Until now, the national advisory committee on immunization had recommended Canadians over 65 not receive an AstraZeneca shot.

This recommendation was not based on real-world data from other countries, which has increasingly shown the shot’s ability to prevent severe COVID-19 in older adults.

Canada is expanding its use as at least a dozen European countries stopped using it, after some people who had been vaccinated developed blood clots.

Ontario’s top doctor, Williams, says the province is watching to see what the European investigations find, but there is no evidence the vaccine is responsible.

Canada says the batch in question is not the batch that was shipped here. 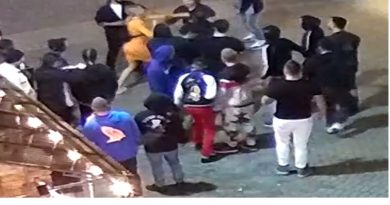 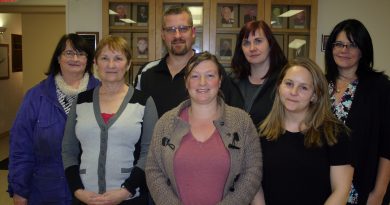