PONTIAC COUNTY – A mandatory evacuation of lower Quyon is underway this hour.

The municipality issued the order just after 11 a.m. this morning.

The Quyon Ferry, which had been operating through the rising waters, also said they were shutting operations down today (April 29).

Ferry owner Ralph McColgan said they had continued to operate through the rising water by putting gravel down to support their on and off-ramps.

They were advised by officials that due to the rising waters and increased flow, there could be potential risks to adding any more gravel.

McColgan announced this morning the ferry would close until it was deemed safe to reopen and will make an announcement at that time.

This was followed by an announcement that the Quyon ferry has been pulled out of the water. More details to come on this developing story.

Meanwhile evacuations continue in Pontiac County as hundreds of homes are threatened by the rising Ottawa River.

Mayor Joanne Labadie said the community is preparing to house some residents at the Tim Horton’s Camp Des Voyaeurs near Quyon. The facility has space for 108 people.

Pontiac declared a state of emergency at April 19 as the town prepared for expected water levels “significantly higher” than they were in 2017.

“Our priority over the last 24 hours was to save lives and evacuate the people most vulnerable in the beach community,” the mayor said.

The evacuations are voluntary but are being strongly recommended by officials who say firs responders won’t be able to reach people in the flooded areas.

The town has already given up trying to keep some roads open that are already underwater.

In Quyon, public works employees built a dyke along Ferry Road last week hoping to protect the village from both the Ottawa and Quyon river flooding.

Officials say that dyke has protected the downtown from flooding so far.

Sandbags are available at the Luskville Garage at 2024 Route 148 from 8 a.m. to 5 p.m. and they are looking for volunteers aged 14 and up to help fill sandbags. 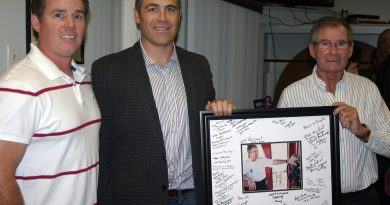