Your nice comments about your good friend rang a bell with me.

I bought my Canon AT-1 back in 1972 when I was in high school. I went on to have an AE-1 and even a F-1 for periods but always returned and still have the AT-1 sitting in the basement.

At the time high school photo club and the newspaper was a way to meet girls. ‘Can I take your picture for the newspaper?’ That and some more productive work continued when I was on staff at Carleton and Ottawa U papers (I attended both).

Lots of hobby, family and travel pictures after graduating but then the camera really went to work with our first child. I think we kept Jiffy Photo here in Kanata in business for a few years.

I had cameras, light kits, backdrops and a basement darkroom up until the early 2000s, but more or less put the photo hobby down around 2010. And in a curious purge which I kind of regret I threw away all my prints and negatives…some misplaced idea I needed the room.

Other favourite cameras over time were my YashicaMat 120 film camera I got from my Dad and a really nice German built Kodak for 126 film (which at the end I was sourcing from Mexico).

Those along with a bunch of ‘antique’ cameras I picked up at garage sales are relegated to a corner of the basement.

These days it’s the waterproof Olympus point and shoot ‘vacation’ camera and the phone cameras we all have. As I get closer to retirement, every once in a while I think time to get back to taking pictures. 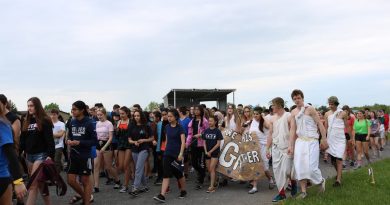 Local musicians are standing by, waiting for your calls