OTTAWA – Residents can now drop in to select community clinics in Ottawa to receive a COVID-19 vaccine dose without an appointment.

“Every community clinic accepts drop-ins for first doses,” city staff released in a statement today (July 16). “Second dose drop-ins are available between 10 a.m. and 7 p.m. at the following locations today, Saturday and Sunday.”

OPH says it is tracking 21 active cases of COVID-19 in the city.

There are still two ongoing COVID-19 outbreaks affecting seven people at a pair of shelters.

Friday is the second straight day the Ottawa hospital system has not seen a single COVID-19 patient admission. The city’s weekly COVID-19 incidence rate is down to 1.1 per 100,000 residents. The local positivity rate has fallen to 0.1 per cent.

Ontario is reporting 159 new cases of COVID-19 on Friday, with 10 deaths linked to the virus.

CANADA – Canada is getting ready to welcome the world once more.

Prime Minister Justin Trudeau quietly indicated late Thursday (July 15) as his office disclosed a target of mid-August for when the border might re-open for fully vaccinated Americans.

If the vaccination rate remains on its current upward trajectory, fully vaccinated travellers from around the world could begin arriving by early September, Trudeau said during a COVID-19 status update with Canada’s premiers.

“The prime minister noted, if our current positive path of vaccination rate and public health conditions continue, Canada would be in a position to welcome fully vaccinated travellers from all countries by early September,” the document reads. “He noted the ongoing discussions with the United States on reopening plans, and indicated we could expect to start allowing fully vaccinated U.S. citizens and permanent residents into Canada as of mid-August for non-essential travel.”

The statement makes no mention of whether eligible U.S. visitors will be required to show proof of vaccination, a touchy subject in a country where personal freedoms are sacrosanct. The White House has already ruled out the idea of a vaccine passport.

Trudeau also boasted Canada is leading the G20 countries in vaccination rates, with 80 per cent of eligible Canadians having received at least one vaccine dose. More than half are fully vaccinated, Trudeau said.

Pressure has been mounting on the federal government to continue to ease the restrictions at the border, which have been in effect since March of last year. Much of it, however, has been coming from south of the border in question.

Senate Majority Leader Chuck Schumer is just one voice in a growing chorus of U.S. lawmakers, many of them from states and districts that border Canada, who have been calling of late for non-essential travel to resume for vaccinated people.

And polls are beginning to show that the widespread opposition in Canada to easing the border restrictions, which peaked at the height of the COVID-19 crisis in the U.S., has finally started to melt.

The restrictions, imposed by mutual agreement in March of last year as the pandemic began to hit hard, have been renewed on a monthly basis ever since. They are next set to expire on Wednesday.

“The prime minister indicated ministers would share more details on these plans early next week,” the readout says.

It also says the first ministers expressed support for reopening, provided the process is accompanied by “clarity and predictability.”

They also discussed working “collaboratively” on some sort of vaccine credential and system to “enable Canadians to travel internationally with confidence.”

Premier says no to vaccine passports

ONTARIO –Premier Doug Ford weighed in on the possibility of the province implementing vaccine passports for travellers, something the Ontario leader made clear he wants no part of.

With a lot of Ontario businesses demanding it and the risk the “proof of vaccine” printout gets forged, when asked if his government will be providing any official documentation, the premier said no.

“I’ve never believed in proof. Everyone gets their proof when they get the vaccination,” Ford said yesterday (July 15) during a media availability. “You’re right, anything can be fraudulent right down from money to certifications. No, we aren’t doing it. Simple as that.”

The Toronto Region Board of Trade called on the Ontario government this week to introduce a vaccine passport system for non-essential business activity.

The CEO of the board said it’s a personal decision to get vaccinated but accessing major events and indoor dining requires moral responsibility.

This comes as Quebec moves to impose their own vaccine-passport system in September in areas where COVID-19 outbreaks occur, requiring people to prove they are vaccinated to enter places such as gyms and bars.

Prime Minister Justin Trudeau said Tuesday (July 13) decisions around domestic vaccine passports will be up to the provinces.

“Different provinces will be doing different things,” Trudeau, who appeared virtually at a news conference in Nova Scotia Tuesday, said.

Ontario’s government also won’t make immunization against COVID-19 mandatory for any industry, Ford said, as businesses preparing to re-open indoor services grappled with whether to ask staff and patrons if they’d been vaccinated.

Restaurants Canada said vaccine passports showing proof of immunization wouldn’t be a “silver bullet” guaranteeing safety, citing concerns about the pressure that would place on workers.

“Many (operators) are concerned about young staff being put in the position of verifying personal information and confronting patrons,” the industry group in a statement.

“Throughout the pandemic, restaurants have shown their ability to operate safely and provide an alternative to private gatherings in a regulated setting.”

Ford won’t rule out another lockdown if COVID-19 circumstances worsen.

Ford was also asked if 80 per cent of the population gets fully vaccinated if he can guarantee that there will be no more lockdowns in September.

On Wednesday, Ontario Chief Medical Officer of Health Dr. Kieran Moore said that while indicators remain promising in the province, he “absolutely expects a rise in COVID activity in September.”

On the subject of another lockdown, the Premier said, “nothing is 100 per cent.”

Ontario administered 166,201 vaccine doses on Wednesday. Approximately 10.2 million Ontarians have at least one dose, or 69.2 per cent of the total population, and 79.6 per cent of adults 18-and-up. 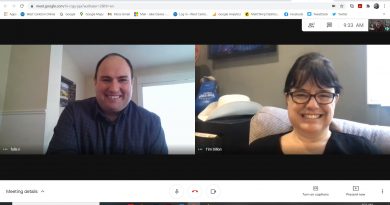 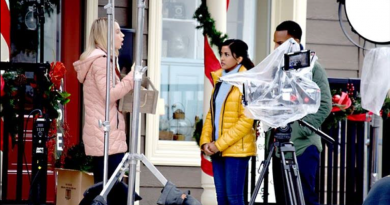