According to today’s (Jan. 3) Ottawa Public Health’s (OPH) report, there are 24 people in hospital with the virus and four in the ICU.

With the new death reported the city’s death toll rises to 624.

Ottawa’s daily case count hit 968, meaning the city represents about 7.1 per cent of all cases reported across the province today.

Ottawa now has a total of 44,527 confirmed COVID cases since the start of the pandemic.

There are four new outbreaks at childcare centres and schools, bringing the total number of ongoing outbreaks to 27.

The new outbreaks are at:

Four new outbreaks were also declared at healthcare institutions. There are now 43 ongoing outbreaks at such locations.

And no new outbreaks within the community, keeping the number of ongoing outbreaks at four.

Meanwhile, the positivity rate in the community increased to 36.3 per cent from Sunday’s 28.5 per cent.

Public Health Ontario did not release a full report on COVID numbers today however, Health Minister Christine Elliott did.

RENFREW – The Renfrew Victoria Hospital is pausing visitations after an alarming rise in COVID-19 cases in the Ottawa Valley.

In a statement released on Friday (Dec. 31), the hospital said rising COVID-19 cases in the region are the reason behind the hospital’s decision to halt visitations until further notice.

Exceptions will be made the hospital said, which include one designated essential caregiver or care partner per patient who will still be allowed to stay.

Those in critical care or urgent circumstances will also be allowed to have one visitor.

The hospital’s caregivers and care partners are reminded that they have to be fully vaccinated and must pass a COVID screening test before entering the hospital.

STITTSVILLE – The temporary COVID-19 assessment centre in Stittsville is pausing operations after being open last month providing more testing options to residents in the west end of the city.

The reason for the pause is in response to updated provincial testing criteria.

The testing site was run by the Kemptville District Hospital and provided testing services to nearly 1,000 residents. 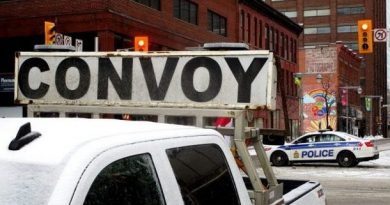