ARNPRIOR – Perry Freda, 65, shot an opening round 67 on his way to winning his 12th Madawaska Golf Men’s Club Championship during the two-day tournament that wrapped up Labour Day (Sept. 5).

That opening day three-under round on the 5,700-yard par 70 golf course gave him a five-shot lead over the club’s young guns Tony Defalco, who shot a 72, and the monstrous driving Matt Brown who shot a 74 on day one.

The three would square off in the final grouping on day two. While the weather on Sunday (Sept. 4) was chilly and windy in the morning, warming up slightly as the day went on, Monday was beautiful for the final round.

Freda, who has a one handicap, held on to the win with a day two score of 73 for 140 over two days taking the Al Howard Trophy.

Defalco, a seven handicap, would shoot 72 again on day two to lower the gap to four strokes. Defalco would be awarded the Marcellus Trophy with the two-day low net score of 130.

Perry’s son Jon Freda, a six handicap, would finish in third with a two-day score of 146. No other player besides Freda, shot under par in any round of the tournament.

Stewart Scott would win the B championship (the Jack Wishart Trophy) with a two-day 159.

The Founders Trophy for the C class champion went to Russ Goto with a 177. The D championship went to a sudden victory playoff hole played on the 457-yard, par 5 Hole 1, and Dave Cormier won the hole and the championship with a two-day 193.

Dunnigan, a five handicap, had a two-day score of 166, shooting 82 and 84, to win her unprecedented 22nd championship. 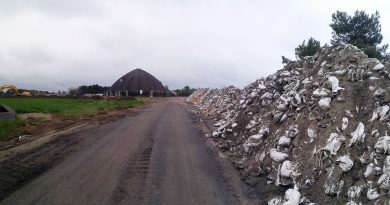