PEMBROKE – The provincial task force created by the Ford government met earlier today (May 22) in Pembroke – the first of two closed-door meetings the task force is holding in the area this week.

The task force met with municipal leaders, provincial representatives, river operators and the Ministry of Natural Resources and Forestry (MNRF) in Pembroke.

MNRF Minister and Member of Provincial Parliament for Renfrew-Nipissing-Pembroke, John Yakabuski, says they are trying to determine what caused unprecedented flooding along the Ottawa, Bonnechere and Madawaska Rivers two out of the last three years.

“I don’t think it’s quite that simple that we’re going to solve all the problems today,” Yakabuski told Oldies 107.7 FM. “But I hope we begin to lay out a roadmap as to where we can go tomorrow, tomorrow being the future to improving the province’s resilience to flooding and make sure we do what we can to mitigate natural events that will occur in the future.”

Yakabuski adds no matter when disaster strikes, it affects people and all levels of government have a responsibility to protect residents and find answers. Yakabuski says they likely won’t get all the answers out of the meeting, but the goal is to prevent similar disasters.

Yakabuski says the meeting was closed to the media and public so a discussion between stakeholders and those most involved could take place. He adds public engagement sessions will follow the task force meetings to allow residents to meet with local politicians, emergency management teams and river operators.

In Quebec, the province has offered to buy-out homes in flood prone areas. Yakabuski says that would be a discussion that would need to take place at the provincial and federal level. Finance Minister Vic Fedeli was in attendance at the new Pembroke Fire Hall this morning to participate in the discussions.

The flood task force will meet again on Friday in the City of Ottawa. Yesterday, Coun. Eli El-Chantiry was able to secure a spot at the table after initially not given an invitation. El-Chantiry said the late invitation was due to public pressure on social media. 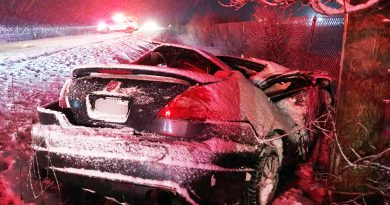