CONSTANCE BAY – It’s been a crazy year with not much to do with our friends and family, but one popular winter event will be held this year under strict COVID-19 protocols, and it’s Mike Fines’ annual ice fishing derby on the Ottawa River.

This will be the 14th year for the derby, and it will look very different than it has in the past, but the heart of the event remains.

Like every other event over the past year, save for a special few, it looked like the derby, which had a record number of participants the year before, would be a COVID casualty.

But the calls kept coming in so Fines did some investigating, to see what he could, and couldn’t do.

“We’re trying to run it this year,” Fines told West Carleton Online yesterday (Feb. 26). “I had so many calls. I haven’t even fished this year. I had no intention to run it. When things looked like they were opening up (the end of the provincial lockdown), I contacted Eli (Coun. El-Chantiry). Is there a way I can do this safely?”

And according to the councillor and Ottawa Public Health there is a way.

“I did a lot of homework,” Fines said. “I had three conversations with Eli. He contacted Ottawa Public Health. I put something out there a while ago, and I haven’t heard one complaint.”

The tournament is held on a 15.5-square-kilometre (six-sq.-miles) ice pad so there is plenty of space for anglers to avoid one another. There will be no lunch this year or end-of-day gathering. The list of fish sizes will be published on a big board and on Facebook as they come in. The 50-50 draw will still be a go.

“We have a wicked prize table again,” Fines said.

There’s a big-screen Smart TV, gift cards for Cabella’s and much more.

Participants are encouraged to register online (see email below). There will be registration the day before at the Baillie Avenue access as well as the day of the derby, and Fines will have two touchless registration tables with sanitizer set up from 7 a.m. to 1 p.m. The tournament will also stop selling 50-50 at 2 p.m. All participants are asked to wear a mask and keep their distance from anglers not in their bubble.

Organizers are basically ensuring there is no reason for bubbles to collide on the ice.

“We’re really going to have to guide and watch that,” Fines said. “But people need to get out and have a release from COVID-19. It should not be an issue and people should have some fun. It’s fun for me to get out for the day. We’re going to go by all the rules and hopefully everyone has lots of fun. There’s no reason for anyone to be fishing within 10 feet of someone else.”

While Fines says he expects numbers will be nowhere near last year’s record-breaking event, it is important to keep the derby going, which will improve its viability in to the future.

“Next year I’m hoping to become the biggest derby in eastern Ontario,” Fines said. “I’m really exited. You don’t like to lose those annual events. It’s opening up and people are starting to do things. People want to do things.”

Fines says he’s received phone calls from as far away as Iroquois and Trenton, ON. It has given Fines a little extra motivation.

“I’m cautious but I’m super excited we’re doing it,” he said. “We lost our golf tournament last year and that’s a shame because we raised so much money for different families that needed it. People remember our derby. I hear people from Trenton and Iroquois saying they look very forward to our tournament. It’s important. It’s a big winter sport for us.” 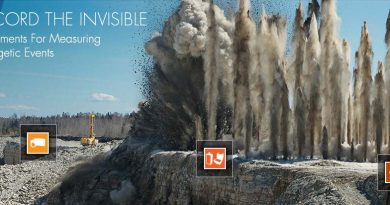 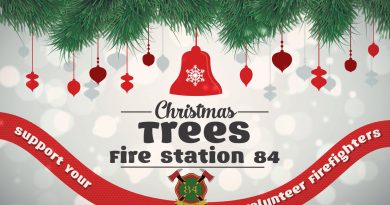 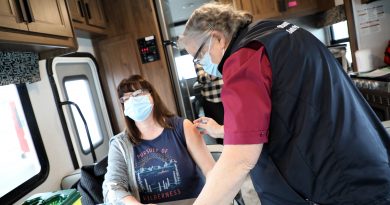