CARP – It wasn’t the start the West Carleton Electric had in mind for their Greater Ottawa Fastball League (GOFL) 2021 season opener, but at least the cancellation of the game had nothing to do with COVID-19.

The third game of the 2021 GOFL season was called in the home half of the first inning due to rain and lightening.

It is the first time the Electric have played in the GOFL in almost two years after last season was wiped out due to COVID-19.

The GOFL kicked off the 2021 season on Wednesday, July 14 with the Manotick Brewers knocking off the Kars Aces 5-4 in Manotick. Adam Smith was credited with the win and Brad Pender hit a home run in a losing cause for Kars.

The rest of the GOFL teams’ season was set to get underway last night (July 15) with the scheduled double-header at the newly refurbished Carp Fairgrounds Ball Diamonds.

The first game of the night was able to finish with the Ottawa Valley A’s beating up the Orleans Rebels 9-4. Pitcher Adam Rueckwald was credited with the win while Andy Barber took the loss for the Rebels despite hitting a home run in the game.

The Electric and long-time rival Micksburg Twins were only able to get a half-inning in before the game was called by the officiating crew due to the weather.

Either way, it was the first time the Electric have played as a team in the GOFL since 2019.

“The guys were really keen to get back on the diamond,” left fielder and original member Adam Brown told West Carleton Online today (July 16).

The Electric are a veteran team that has played in the league since 2004. There are still three original players on the team including Fitzroy Harbour’s Brown and Kinburn’s Trevor Barton who plays second base.

“We lost a few older players who did not return but we are happy to add two guys in their 20s and a teenager to bring in some young blood,” Brown said.

Despite the early evening, Brown said the team was happy to be back on the diamond.

“It felt great to get started and see all the guys,” Brown said.

But the game was also going to be a big test for the Electric against long-time rivals Micksburg.

“We were facing the best pitcher in eastern Ontario in Joran Graham which the guys were up for,” Bown said.

But it was Micksburg’s offence that caused problems for the Electric. The ‘Trics gave up four runs in the first inning. Things started well offensively for West Carleton when it was their turn to hold the bats.

The Electric scored an early run and had a player on third when the game was called due to rain. The called game means the Electric will get a clean slate when the game is rescheduled eventually.

The Electric’s next game will be Thursday, July 22 against the Kars Aces back at the Carp Fairgrounds at 9 p.m.. The Ottawa Valley A’s will face the Micksburg Twins to kick off the doubleheader at 7 p.m.

One thought on “WC Electric’s GOFL opener all wet” 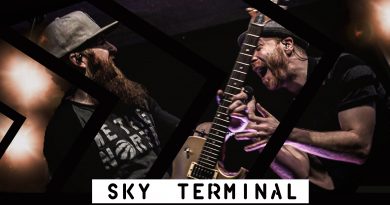 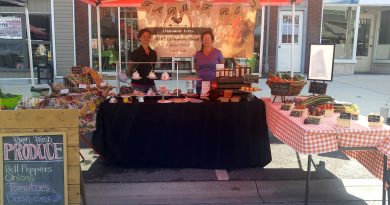